Look B#tchy the Elf Has Arrived!

Okay I'm MAD.  I can hear my Dad now, " Wilma dogs turn mad, people get angry"  Well angry sounds like too much of an adult emotion for me right now...Grrrrrrrrrrrr.  Tomorrow is suppose to be Role Affirmation ( or what ever you want to call it day), the only thing is I don't have time for that  tomorrow.  By the time the boys leave for school and by the time Barney has to leave for work, we have 2 hours...Now before you go calling the authorities, I don't mean my spanking is going to last 2 hours.  He has to _____, Shower and Shave during that time too.  Tomorrow is pay day and I want to go grocery shopping etc..in those 2 hours.

Frame of mind to start the day off.  I then thought, well I can scrounge something up for dinner tomorrow night no biggie, I suppose.  But I was still ticked.

Perfect, let's put up the tree and decorate outside !  UH huh- back and forth with the GINORMOUS tree, cutting off inches, switching tree stands...(crap I forgot to put water in...grrrr!) alright, that is done, minimal damage to the stipple (yuck) ceiling this year- YaY us!.

Giving up and fuming, I start to 'gently toss' Christmas decorations out the two inch hole to Barney down below.

Thinking..." no______ Sherlock.  The place is only so big, pretty sure you are not going to see it with your Man eyes if I didn't with my Wilma Hawk eyes"

"I'm going downstairs to see if the wreath is down there" 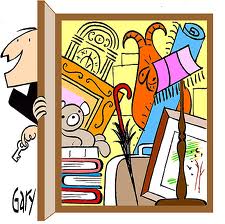 NOW downstairs, if I wasn't in a fowl mood before, OY!  The storage room...

Moving the 3 recycling boxes, one for paper, one for containers and one for liquor bottles/cans ( one needs to be bigger btw), and climbing over the station that is set up for them,..argh, sports equipment   wth?  water trampoline on top of ice skates?  Man this dining tent weights a ton !    WHY is the canoe rack over here?  AHhhh! water flotation devices in with the winter boots?  Nice 'filing system' Barney !  Okay, just behind the Christmas wrap and Disco decorations?   ( Did I mention we live in a shoe box ?) sigh...Here's a Christmas box.

Freaking Bike peddle!  Yup on the noggin again. This time by a bike suspended by the rafters.  I swear for the amount of times I banged my head on something that had to do with rafters you'd think was 7 foot 2 instead of 5 foot 2 !  By this point I had had it!  Box of winter boots now flying across the storage room followed by an ear shattering 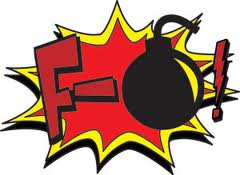 Seriously it was VERY loud. Not too mention the sound of various sizes of winter boots for a family of five crashing to the ground! LOUD 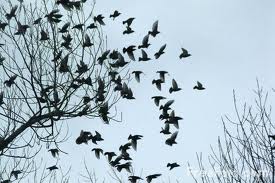 So there I was trapped behind all those as aforementioned valuable treasures of my storage room, when the in the Christmas Decoration box I spotted a plastic, cheap Santa sleigh that every year my Mom used to hang from the ceiling in our Rec Room with fishing line when I was a child.( I know how very Halmark Presents Sunday Night T.V. Movie of me)  It is so beat up, and so very, very tacky.  It reduced me to tears...as I ran my fingers over the plastic  WHITE   reindeer, and the lopsided Santa with the hole is his stomach where I think a present once  sat.  Sigh.  I took Tacky Santa and left the storage room. 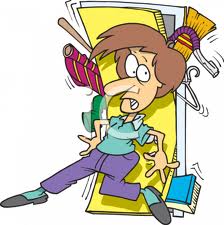 When I went back upstairs ...B#tchy  Elf returned. I was MAD again. I remembered that we were supposed to discuss ttwd Tuesday, which was bumped to Weds, and then today...which isn't going to happen either.  Not too mention the whole temper tantrum, that apparently WASN'T according to my husband.  Not that I am itching for 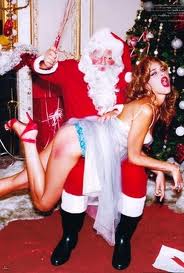 But something needs to get rid of  the Mad feeling...so this guy  can leave.. 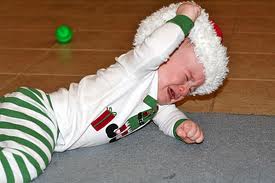 And most importantly this Chick ! 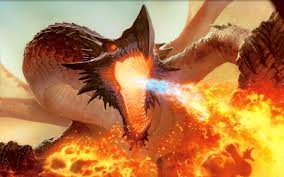 Because now I have Distancing Dixie beside me here on the couch and I really would like for her to go on an extended vacation for the holidays.