I just wanted to share a few things that really have stuck with me.  I swear I keep my face book account just to get things for my blog!  But before that I suppose I should update a bit.

Last week was interesting and NOT all at the same time.  How is that possible?  Well life is NEVER boring with 3 hormonal teenage or preteen boys, a bipolar dog on thyroid medication, and well....ME ( I think that last point is pretty self explanatory right?). 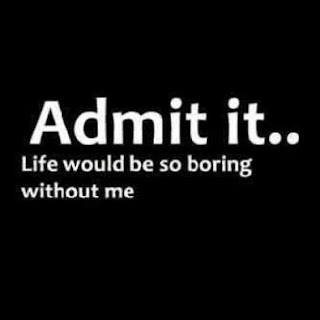 In Barney's line of work his days off rarely fall on the weekend.  For years that used to bother both of us, as we have a very active social life, ( I know shocking for a wallflower such as myself).  I of course, would still fill the void in our friend's lives by attending, but Barney would be hard at work.  Never ONCE did he complain or resent me going.  Anyway, now we cherish our times off during the week together BECAUSE there is no social functions we feel obligated to attend.  If I do go to any, I make sure I am home in time to see him walk through the door if possible.  Another added benefit, our darling three sons are at school during the week!

This week his days off fell in the middle of the week.  I don't 'work' outside of our home but in the summer time I do volunteer my time in our community.  Over time the committee I used to head has now become ONE and her willing/ not so willing  husband.  NO, no I didn't scare people off, or at least I don't think I did, I was just a" I've got this" girl, so they let me.  Now no one even asks anymore to help.  So I had all this 'work' I needed to do.  All of it relies heavily on what the weather conditions are like.  I am not sure about where you live, but this year where I live I think we had summer for 4 days.  Ah, it was grand!  This week we saw a glimpse of summer on Barney's first day off.  Whooo hooo!  Oh I so much to do, and he could help.  Only I suggested we NOT do what I needed to do.  We spend it together doing fun things..

In an unrelated event, Barney had r/a or maintainace planned for that day too. We took care of that first.  I alluded to a blister I had had in my last post.  Barney was mindful of my healing area.  The spanking was ouchy, but never once did I scream in my head " okay you can just about stop now"  or did I clench the covers of my bed.  I did feel myself  starting to drift towards the 'subspace' again, but pulled myself back. Why you ask?  I think I don't like not being in control.  Okay I KNOW I don't like not being in control but especially with my body.

After my spanking I didn't feel any different.  I began to wonder.  Did it 'work'?  For those who don't know, I am usually the one who has to wait an hour before my brain gets the message that my bum was part of a reset action.  Nope an hour later, while any anxiety I had was a distant memory, I didn't 'feel' any different.  Well obviously my BUM did, but I didn't.   After pondering for a while.... 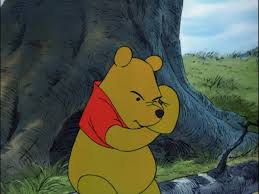 and talking to a friend, I came to the conclusion that I didn't feel any different because I was truly maintained.  In the past Barney as waited for me to distance, which I have also come to the conclusion in my case can be a form of a silent temper tantrum, before he steps in.  This time r/a was scheduled at a very fortuitous time.

During our last cook together night, while we were -stuffing our faces with stuffed mushrooms- , enjoying our appetizers I had retrieved a beer for Barney from the fridge and poured in a frosty mug as they weren't that cold.  He asked me if I was going to join him in a drink. I chose a hard cider ( zip it Lucy!).  My drink was cold so there really was no need for a frosty mug.  Before sitting down, I asked him if he wanted me to pour mine in a glass.

" Oh yeah, I don't know ?  I guess I thought I may seem a little 'rough'.  You know your wife drinking from a bottle ?" ( Don't get me wrong here people I have been drinking beer, coolers, cider, pop ( oops pardon my Canadian... soda)  from a can or bottle for years.  We camp, garden, play sports,all while enjoying a beverage, so it just makes sense. )

After a few minutes of sitting and chatting Barney, who had been staring at me for quite some time  said,

" You know what?  Yes.  Yes I think I would like you to pour that in a glass"

LOL!  I think it is just one of those things that makes us appear 'softer'.  On his day off when were were on our postage stamp deck, I went to get myself a drink, I asked again if he wanted me to pour it in a glass.  This time there was NO hesitation.

Alrighty then, no need to ask anymore I guess.  *wink*

We had a wonderful dinner on his day off and a mini fire ( no Roz our backyard was not ablaze!) after. I brought up one of our camping lounge chairs, that was actually broken..oops.  We rigged it to work, and I lay on him in my nighty under a blanket as we talked and looked at our fire.  I soon fell asleep.  Ahhhhhhhhhhhh, it was great to have my mechanic maintain me.

HOWEVER.....two days later.....I was getting 'spinny' as Susie would say.  I still get anxious when I know we are not going to be alone for any length of time.  The boys have a 3 day weekend....then our oldest will be done school.  I am the type that apparently needs marathon reconnection appointments ( spankings) to get through my thick skull.  While we have silent implements, a leather looping Johnny from John at Leather Thorn, 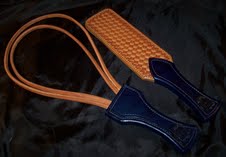 they are stingy and don't seem to 'reach' me like the wooden paddles do.   Something that is a little too loud to use when the boys are home.  You see Betsy may live in a shoe, but Willie lives in a shoebox!   ( Side note about the leather paddles, they are beautifully made, reasonably priced and Barney uses the leather paddle with the wooden one from Blondie's to mix it up)

Sorry.  Where was I ? Oh so while driving with Barney to work, he asked me what was wrong.  I curtly answered nothing, I was just in a bad mood.  Before getting out, he said,

" Well if your mood hasn't changed, by the time I am done work, maybe I can help you out with that when I get home if you want.  Okay? "  (tyrant!)

All day I was at a loss.  Did I want to be spanked?  Well actually I hate being spanked when the boys are home at night, because in my experience really doesn't help that much.  Did I need to be spanked? I'll let you figure that out on your own.  I wasn't feeling well so I really didn't want to do anything but go to bed when he got home.  BUT part of me did want him to get back into the practice of spanking when the boys are home, because summer break is just around the corner.  There was also a large part of me that was afraid I would think he would decide he wasn't going to after I had made my mind up that I needed/wanted to...and that would send me spiralling.  No I wasn't going to think about it, or bring it up.   As it turns out by the time I picked him up from work I was exhausted.  So it was the furthest thing from my mind.  Nothing was said, and no disappointment was had.  Do I still feel spinny?  I think a little, but I can make it until Monday I suppose.

I was spinny during the day because I was thinking of how we discussed not going too many days without...but it looks like we are back to that pattern.  I was thinking about how he said a while ago that before the weekend we would do r/a ( because I generally deal with teenage boys and their social lives alone all weekend ie. CONTROL) and a reset after the weekend to remind me I don't have to be in control, and how this has only happened once.  I remembered how we discussed how I was 3 steps ahead in planning and he was the right now kind of guy when it came to ttwd.  So some habits are hard to break.  That being said, somehow I managed to rein myself in..... 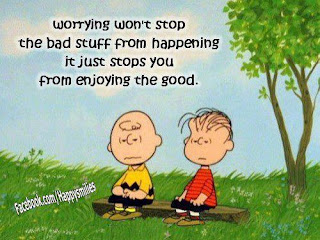 AND....I reminded myself while cleaning snail dust out of my eyes once again that.... 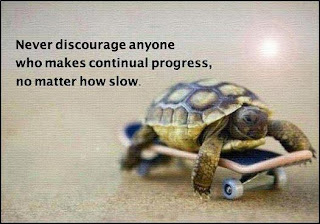 And now my ultimate favourite quote, by my third favourite dyslexic..... 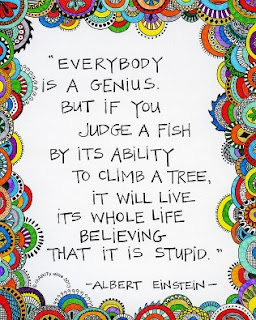 ***
Oh....ps.  Susie and I use the code name Banana for spankings.  I thought I would share because it can be quite funny and well it BUGS Lucy.  You should try it...Like, " You deserve a good girl banana tonight"
or
" I guess that banana you had last night wasn't long enough...."
or
" Don't look at me with those, you are going to get a banana if you don't stop eyes!"
So  I found these at Old Navy the other day if anyone wants to send a message to their husbands that they need a little 'help' 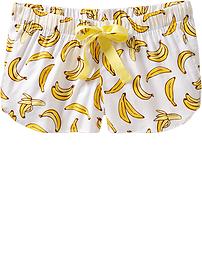