My Vulnerability F*cked Everything up

Okay or maybe it just F*cked me up.  Sorry for the F-bomb but try as I might, I couldn't find the right word in the Roget's Thesaurus to replace it.

Let me explain.  First off I should apologize for the constant disappearing act of my blog.  Life around here, ALL ASPECTS have been ridiculous for lack of a better word for over a year now.  Just when things seem to be going in a 'normal' direction, WHAM! 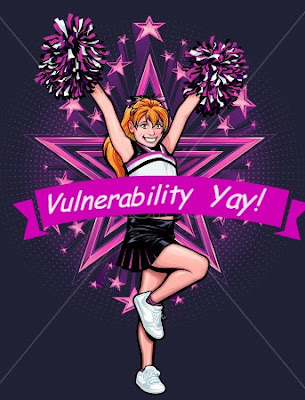 Perhaps I should back it up a bit.

In the fall my sweet husband threw me a surprise birthday party ( IN OUR HOUSE...I know right ladies? ).  Initially before hand he had said something about going away together, to the cottage of a family member.  Whoo hoo much needed alone time. Apparently NOT!  I found out about said party.  This of course made matters WAY worse.  My anxiety became off the charts. Thoughts that  I was going to have to become some sort of actress when I walked through our door so as not to disappoint our guests ran through my mind.

Not too mention being the centre of attention, not really something I cherish.

I became such a mess that Barney considered cancelling the party.  After discussing it, he decided that it wouldn't be fair to all of those who had moved around their schedules and picked up food etc. for him. That week he was very much in control of everything, and I was on a need to know basis only.  I was told to muddle through.  I'd imagine for some of you this really would not be a huge deal.  For ME it was.  I was a wreck!  I was obsessed with what sort of reaction I was going to have.  I became more compulsive about our house.  I also was hurt and disappointed that he could 'get it so wrong'.  I just wanted to spend time with HIM,to get away because life was extremely challenging with health issues.  I didn't want to spend any 'free' monies we had on a party.  Heck I wanted a new kitchen sink and faucet, (still do by the way!)

Yeah , yeah, yeah.  Expectations....I filled in the blanks.  I should know better.  My husband thinks out loud, but what he says doesn't always mean what he is going to actually do.  I have no one to blame but myself.  Anyway to cut to the chase, after a week of being a neurotic mess, and my husband sticking to his guns (albeit a bit shaky at times), something happened.  I had changed.  A great deal of things I used to suppress I could no longer.  I looked for walls, curtains, a small pillow to hid behind, but they were gone.

It was flipping terrifying in some regard, I'm not going to lie.  This was all new to me.  At least this level of it.  Naturally throughout our then 3 years of ttwd, I have had times like this, but NOT exactly like this.  It was a GOOD thing. ( More things happened after my party to contribute, but it isn't really important).

Did Barney find it a GOOD thing?  NOPE.  He was concerned.  Of course I couldn't explain accurately what was going on in me because I wasn't sure how to.  What did happen was a bit of a mess.  A mess in someways my husband still hasn't recovered from.


Initially, and right up until Christmas, he plugged along with his crazy wife.  Crazy because neither one of us really could predict what was going to 'set me off'.  Crazy because being 'set off' could mean tears....or yelling....or tears, yelling,  AND projectiles....

or you know,little fists of furry ( Barney was quick to add I look nothing like her.  Apparently even crazy I'm cuter..LOL)

After Christmas something changed with him.  It was like he mostly stopped ttwd.  At least stopped the level of intensity he had been employing the few of months prior.

I was lost.  I didn't understand what on EARTH was going on.  I showed him my vulnerability.  I learned to tell him all about my fears, and also how what he was doing was working.   I didn't understand how *I* could feel so at peace in so very many ways, and he was, what I thought - pulling away.  Sure he'd still punish me, but the daily expectations were less and less.  The entire vibe was different in our house.  I kept asking what was wrong.  He kept questioning why things were different.  He didn't know. I didn't understand.

I have potentially figured it out.  The vulnerability was f*cking up everything.   Let me explain before you go running for the hills.  With this newer found, intense vulnerability, my connection to my husband became much, much stronger.   So much so that my emotions became- have become hair trigger sensitive.   What once used to not bother me, or bother me as much had become a monumental insult/hurt/attack on me.  Things that he would say in passing, or ignoring me ( okay watching tv after dinner with the kids) began to gut me.  How could HE NOT SEE?  How could he not understand how incredibly hurtful his words were?

Well Wilma, because HE  has not become the vulnerable one, at least not in that manner.  He is a man, and perhaps his connection to you doesn't manifest itself that way.  HUH...well that  just sucks!

Anyway,  after all of these months, several attempts at 'beating' me back to normal, meaning not have these irrational outbursts, I think I have figured at least one thing out.  When we have an intense day/week/ whatever TTWD wise, as I have said before, it is like I view it as the foundation, and he the cherry on top.  Part of that may very well be true, however why on earth would I 'explode' a day after a marathon spanking session?  Or after a fantastic Kinkfest?  That theory doesn't hold much water in these particular cases.  When I thought about last week, and how HELLcat Wilma reigned down on poor Barney physically (okay maybe not POOR Barney in this case but I digress)  I couldn't understand because things the two days prior were pretty amazing, at least between us.  It has since occurred to me, the connection, the vulnerability,they were at their all time peak again.  No where to go but down?  That doesn't sound right.  But there may be a slight amount of truth to that, in Barney's eyes.  In mine?  Well I guess I have become an attention/affection/ 'whore'.  I not only need more, which plays into my original foundation theory, but any bit of negativity I view directed my way, ( like that B falling asleep in front of the tv which started this ball rolling) hurts me.

It puts me into a defensive mode.  The hurt once again comes out as anger, like it did at the start of ttwd.  Truthfully it comes out as nothing at all initially.  That in turn frustrates my husband, and THEN the hurt comes out as anger towards him.  After that we are a complete nightmare of hurt and misunderstanding.  Me because he doesn't get it, and of course up until today I didn't either, but damn him anyway!  Him, because he feels like he has been blindsided once again, doomed to fail by opening his mouth.

Sooooooooooo basically vulnerability has F*CKED everything up.

Sure you'll say lack of communication, or some darn thing is the root of the issue.  We did talk..then fight about talking ( seriously).  I couldn't connect the dots no matter how hard I tried.  You see, Barney was afraid of saying the wrong things, for fear of hurting me.  There have been times when he has said things that would hurt anyone, vulnerable or not, but these times have been after weeks of what he viewed perhaps as 'normal' comments in passing that caused me to retreat or lash out.  Communication became the issue in his mind.  One of those, "Damned if you do, damned if you don't" situations, so you might as well not.   This of course contributed further to my hurt. Eventually I get spanked for something, or just because, and things would improve, my connection restored, then WHAM...round and round we'd go again.  Hopefully, JUST hopefully this revelation is actually that, a revelation!

My vulnerability has made me so unguarded that the potential for hurt, at least from the one I trust most of all  on this planet, is very great.  Arguably NOT a great position for a man to be in.


I'm not claiming at that vulnerability is a BAD thing.  It really IS a beautiful thing. I have just discovered that  it can be a bit 'dangerous' in the hands of the inexperienced

Perhaps now we can navigate our way . 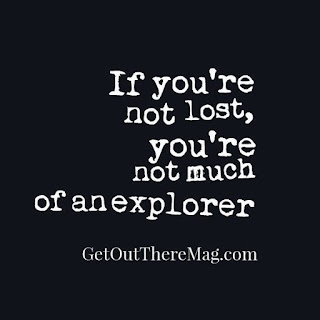 We have of course discussed this post prior to me posting it.  I felt so badly for my husband as he read it.  I initially thought it would make him understand where I was coming from and where I have been coming from perhaps all this time.  He looked at me like a man defeated.  He said, "And I hurt you so badly because I couldn't see, you needed me.  I would lash out at you.  I don't want you to lose your vulnerability".

I wasn't trying to justify, just explain perhaps why we were on different pages.  I most certainly didn't mean for him to hurt or take the blame.  Heck I didn't even understand what was going on to be truthful.  Or at least I wasn't putting into words he could comprehend.  I will now have to try and remember, not to take things so personally, and if I do, to find a way to explain again- calmly.  THAT will be the difficult part- as I'm kind of getting good with my little fists of furry *wink* 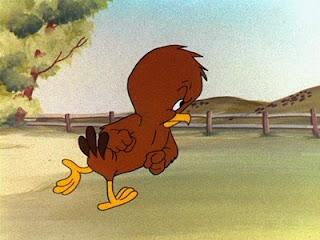