By the Water's Edge.

A few years ago we went on a family vacation.   On the second last day I was left, by choice, for a couple of hours by the water.   For whatever reason I sat down and wrote...THIS...LOL . I didn't post it because not long after I wrote it things felt like they came crashing down around me/us.  I'm posting today for various reasons
I might try my hand at writing again?
AND
If I do try, this post could be the perfect set up for what I have in my mind concerning the yoyo factor that comes with ttwd.
So, as the old saying goes.......ON WITH THE SHOW.

By The Water's Edge


I haven't a clue why I'm drawn to he shores of Lake Ontario. The home I grew up in was mere blocks from a respectfully large lake in its own right, yet I am drawn to these shores. If I were not afraid of being pegged as a marginally insane person, I would claim I am more than just drawn here, for some inexplicable reason I NEED to be here. I release my shell by the shore. It goes far deeper than just 'my happy place'. My soul is called to be here. (okay there goes the risk of being considered marginally insane).


I am not a person who can let go of my mind, lose it absolutely, but quiet it? Not so much. It goes beyond the varying shades of turquoise and blues, my draw here. It goes beyond the amazing pebbles and rocks I can pick through and touch. Though, both of these play a key part no doubt. I am equally visual and tactile. I have been known to leave places because I find them visually disturbing. I have also retracted my hand from a piece of clothing like I have been burnt because I could not tolerate the way the fabric felt between my fingers. 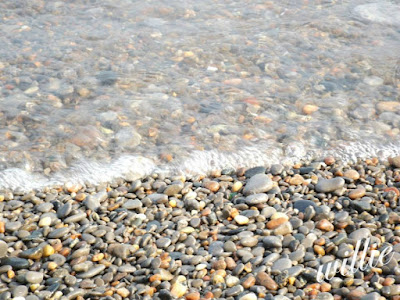 Here, here I am drawn to the rocks. I marvel at their diversity, how they change with the water. I examine fossils found within them, question how they became broken or how the water had such tremendous force that they have become smooth. Yet there is more to it than that. 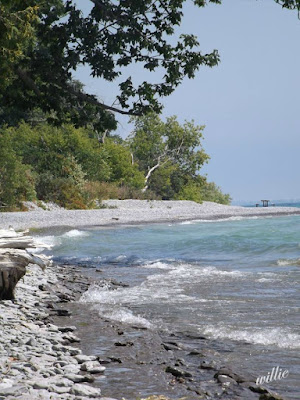 For an hour today, when I had intended on reading by the water's edge, I sat and watched the waves crest, and crash. I watched as the water turned from blue, to green, to white as it folded over. I watched the waves collide with each other, lost in thought. Lost in thought but extremely calm and at peace. I felt at one with myself, which I realize must sound absolutely ridiculous. The weight of the world gone temporarily from my shoulders. Nothing else existed but me, the whole of me. I became accepting of me and my 'plight' in life, whatever that may be.

There can almost be no greater gift in life I believe, than that feeling. No matter how fleeting it is. For a person whose brain does not shut off, the gift of the waves crashing to the shore in ones head being the only sound is beyond euphoric. 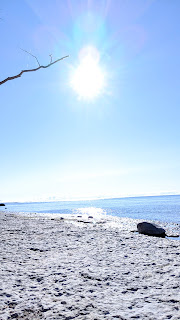 I have sat by the shore of the Pacific Ocean. I have sat by the shore of the Atlantic Ocean as well. The colour of their water is beyond spectacular. Yet the ocean holds a great many fears of mine. One could over simplify it and say there are things in there that can hurt you, but the truth is it is the unknown. I once sat on the shores of the Pacific and watched a baby and mother whale breach the surface. I also watched a tourist 'submarine' do the same thing. I was equally terrified to the point of not being able to move on both occasions. Out of no where emerged massive bodies, without warning.


While Lake Ontario does have its share of undesirables in the 'looks' department, I am not going to be startled by anything breaching the surface. Perhaps this lack of lake fear comes from growing up near a large lake. However, don't misunderstand, if a piece of seaweed ( can I even call it that if it is in a lake?) unexpectedly sticks to my leg, you are going to hear me shriek, and then laugh.

I haven't a clue why I am writing about this as I sit by the water, sunburned with my trusty bipolar bitch dog, and a full bladder. Perhaps it is because I know summer is rapidly coming to an end here, and it will be a good 10 months before I will most likely be venturing back to the shores of Lake Ontario. Or perhaps it is because I have felt very turbulent in my life for a while now and this overwhelming sense of peace is something I want to hold on to for longer than the hours I have spent on the shore.

The funny thing about living in the northern part of North America, you have to take in your fill of summer. Every blowing leaf on a tree, the birds, the grass beneath your feet, has to be committed to not only your memory but your soul, for before you know it they will be gone for months. These things are hidden from view, and different beauties are revealed, I am just not as partial to those beauties. They are more a focus of bragging rights of survival than soul filling moments for me. The turquoise, crashing waves of Lake Ontario, will eventually be quieted and replaced in areas with a white desert of ice and snow. Rocks will be frozen in their places until spring, some buried beneath the snow.

It is all part of the process, I am well aware. This keeps my country void of man killing reptiles, spiders and fish LOL. In some ways I suppose this could be an excellent analogy for ttwd. The lean and more barren times, needed to not only rejuvenate but appreciate. The idea that buried beneath what seems like colourless snow things are still growing, even if they appear dormant at the time. 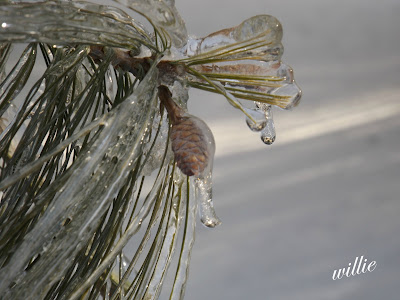 I love to take photos. I can find exceptional beauty during the winter. In truth to me trees are actually much more interesting without leaves. Winter has taken on a whole different feel for me in the past couple of years, because I now 'share' it with someone who doesn't experience the same type of extreme winter I do. That being said, I still look toward it with dread. 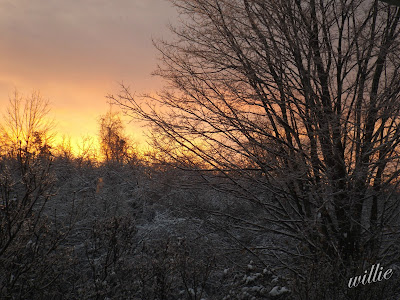 I am most certainly living in the wrong country weather wise. I function so much better in bare feet with soil beneath my finger nails. Yet I do sometimes wonder if I would be so appreciative of the waves crashing on the shore,if they weren't silenced for a time during the year. Would I take them for granted? Would I view them as I did my relationship before ttwd, trusting that they would always be there, so there was no need to make a special trip to sit by the shore? 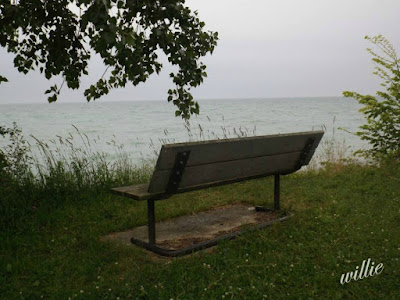 Now for a less flowery approach.....(and pushing a side the fleeting yet important feelings from the day by the water)

Since writing the above, Barney and I have had a very difficult discussion in regard to our future. I am still unaware as to how I feel, which is very foreign for me. I think if I were to be truthful to myself I would say my uncertainty is only there because I am carrying a shield constructed out of fear . I desperately want to be true to myself, as it has taken me a very long time to feel genuinely comfortable in my skin. I now not only know who I am, but embrace what I have unearthed. I realized too that she was still very much 'there' by the water that day.  Nothing can take that awakening away from me, currently however I appear to be afraid of trying once again to delve deeper and search for the fulfillment I had experienced sporadically in our past. Some days I fear the relationship I covet, the one that once lay at my finger tips, seems an impossibility now, or at best a distant memory to be left in the past. If I were to follow my own soapbox advice, I would remember that the past can never be repeated, but learned from and built upon. Striving to regain the same will never happen.

My uncertainty isn't solely with Barney and his ability to awaken us. A great deal of my uncertainty lies with my concern that I now lack the ability to let go. Or the very least the ability to let go enough for Barney to feel it is working, to encourage him to continue. I would like to think that because of who I now know I am, I can show him without restraint~ yet I am so very fearful. I know one foot in front of the other, but does there not come a time where one should say, "enough tripping, find another path? "

Perhaps I am just need to trust that the heat of the sun will eventually turn my 'winter' into spring and then summer once again. Perhaps I just need to absorb what light I can, and have it carry me through. When it doesn't perhaps I will find beauty in the frozen dormant stage as well.
-  The above was from August 2018 not Feb 2021 - 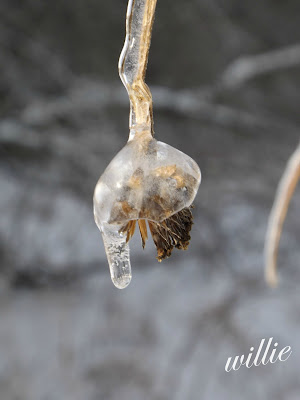