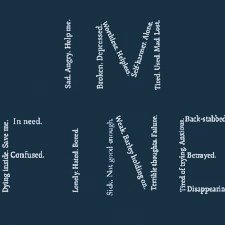 It's okay, you don't have to say you're sorry I am feeling this way, or not. It's an observation many of us have talked about lately.  It is like we don't debate if the glass is half full or not, because no one wants to take a drink anyway. Or if we do, it isn't as refreshing as we once remembered.

A new development in our home has brought a much needed lift and distraction. Spring is teasing us here, so that  helps as well, but the reality is a year partial living isn't living, it's often just existing.  Since starting Ttwd 9 years ago, I'm not accustomed to merely existing. Life had become about experiencing every moment to its fullest- embracing all it had to offer, from the magnificent to the horrendous.   There was no indifference. It was not allowed for a dynamic cannot flourish in indifference. Our lives prior seemed to circle that drain, and we pledged to never return there.

Are we indifferent to each other? Not in the sense we were before Ttwd.  The heavy atmosphere has had us (and those around us) walk on the surface of life for some time now.  And it is taking its toll. Surface walking, tends to lead to more surface walking and it spreads like its own virus.

This past year has been like having a pebble in your shoe. It starts off as a mild irritant. In time it forms a painful blister. Eventually it bursts and should heal if the irritant is removed. In this case due to repetition, it had calloused over and has become almost unnoticeable. Yet there is damage.

We have accepted the new norm pain as some extreme example of 'walk it off'. "  Or

"It's not that bad. It could be worse"

All coping mechanisms that don't really address what is happening to *us*.

Positivity can go a long way in many situations. Life after all cannot be thoroughly enjoyed with a negative mindset. But when the words of positivity are expressed because we feel they should be not because we feel them, we deny ourselves authenticity. And this entire adventure with Ttwd has always been about authenticity of self for me. 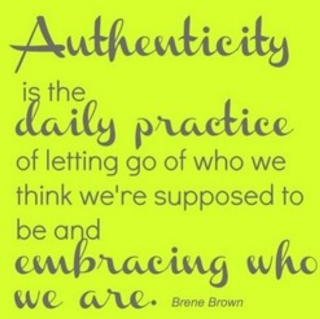 No clue what is happening with the last blog post. On my laptop I can see all the comments you posted, and I posted...now apparently they are gone.  No I did *NOT* remove them!

Anyway I appreciate the comments you took the time to write and if you didn't see my response I can email it to you.  I am no longer going to try to fix the post however.