Alright Everybody Take a HIKE !

First must say, I am not referring to anyone here when I say take a hike.

I love my neighbourhood.  I really do. It reminds me of the neighbourhood I grew up in the 70s/80s.  People who know your kids AND you.  People who go away for a week and leave you the keys to their second car.  We spend Christmas Eves together- my family is far away, so it is nice to be part of other people's.  We throw BBQs, have HUGE Canada  Day celebrations, complete with games and fireworks. Have street dances.  You get the picture.  At the risk of sounding self congratulatory, the heart of the neighbourhood is me.  It was me who got the ball rolling years ago.  Others have since followed suit.  Our house has an open door/swinging door- um not the way Mick described it in his post. I am from a long line of social butterflies.  It is deep seated in my DNA.

Growing up, my older brothers and sisters attended schools in town that had borders.  It was not uncommon to have girls/boys from Mexico, or Jamaica sitting at our dining room table because they couldn't go home for the holidays. My mother would always say,   " Just another potato in the pot."  I like that. I really do.

Only this morning I don't.  Although some things have become quite frequent this week...with Barney and myself, I find myself detached today.  I KNOW in my heart, it is most likely because I can no longer seem to sleep anymore...ARGH, why couldn't I have been afflicted with this 'condition' when my kids were all under 5 ! I know part of it is because I'm annoyed that Barney has NO problem sleeping.  I shouldn't begrudge him that, he works very long hours- although this actually doesn't seem to change due to his work schedule. 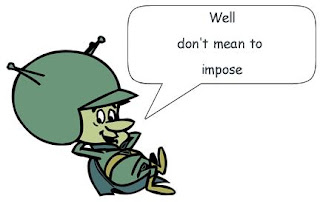 We have a wonderful neighbour, who was in truth a friend of Barney's and eventually of mine before we moved here to this neigbhourhood.  I'll call him Gazoo. As wonderful as Gazoo is, seriously giving you the shirt off his back before you even realize you need it, he has 2 personalities.  The 'great one' and then the one that he tends to let out when it is only he and I -but save that thought for another post-  This weekend  he had supervised visits , as Barney was home at night. Barney doesn't get to spend much time with Gazoo, so he welcomes the visits. 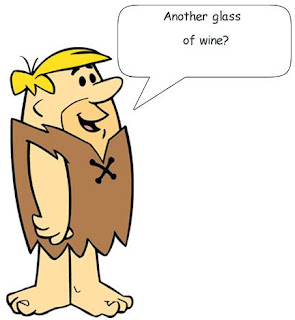 We really did have a great time this weekend - ( both nights he was here).  Gazoo has a great memory and was reminding us of hilarious stories from when he first met me. One of which was that he thought Barney was going to get arrested because he thought I was much younger than I was -  (sadly those days are gone)!  So what's the problem then ?  I mean after Gazoo left the night before last Barney and I were still  able to  read emails, chalked full of encouraging words for us and figuring out  ttwd.

The problem is that I am sitting here alone, thinking too much I suppose.  Something I have always done- analyze, think it over, question, get paranoid, analyze it again, beat it with a stick, repeat- If  I wasn't bad enough before, I seem to be plagued by this endless loop more  lately. I really want to go outside for a hike, and I know that this will be a slow process to get the 'men' of this house actionized. So I am assessing instead why I feel...or perhaps more appropriately WHAT I feel istead of rallying the troups

As it is a holiday weekend around here life tends to get in the way.  I wasn't expecting to talk about dd all weekend, or at all really.  I was expecting, I suppose for the gentle touches to continue. More importantly, I was hoping that what has been in me this past month would hold strong.

Since last week, the Great Divide which was the middle of our bed, as been dissolved.  I turn toward Barney even in my sleep.  Where I used to complain he was on MY side of the bed, I have clearly begun  invading HIS . Last night I had no desire to venture ALL that way.

I imagined that Thanksgiving dinner would be 'easy for me' temperament wise this year, because it only consisted of us 5, ( we are often joined by Gazoo and his kids, as his wife works as many off hours as Barney).  It wasn't. There were many contributing factors, mostly because I was tired, from socializing with Gazoo and Barney the night before, and because I am a perfectionist- albeit in the laziest form.  By the time Barney started to carve the bird, a task I reluctantly relinquished a few years ago, I was about to lose my composure. It took everything in my not to push him aside and do it myself.  Measure twice cut once doesn't extend to turkeys FYI Barney ! <+ See what I mean ! Wilmazilla!

Gazoo was by again last night, and we went through countless photos on my laptop while listening to music.  Basically we were laughing at how crazy our neighbourhood is, and having a great time.  After he left, Barney decided to go to bed.  I stayed up. He didn't ask, I didn't offer.

The Take a Hike comment comes into play when I reflect on why I am distancing. I think it is because, although I had a great time with Gazoo, I am blaming him for weaselling himself into our little bubble we were  just starting to create.  Only that is not right. We invited him in.  We had a great time.  Other people in our lives shouldn't dictate how we feel or act towards each other.   I suppose one could argue I was getting back into Wilma's HoH shoes, and Barney didn't feel like gentle touches, as Wilma the HoH slays dinosaurs ! 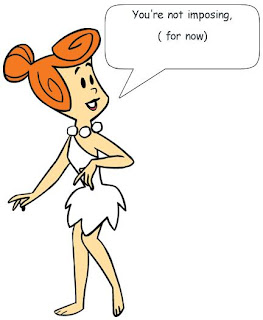 You know what...I think I am the one who needs to take a Hike!