Yes this is actually me.

So palm to forehead, here we go. 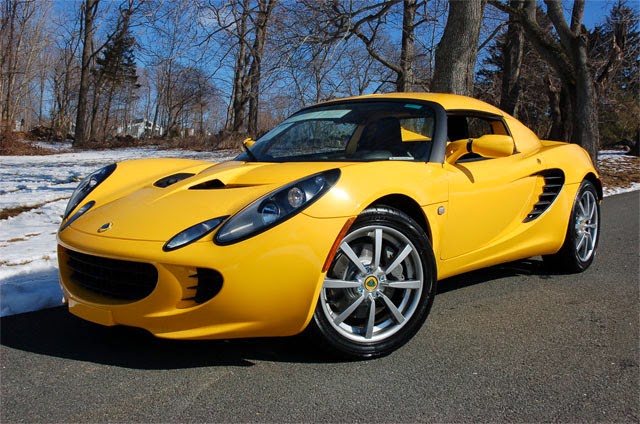 Here is the car that pulled up this week to pick me up. Being the newbie that I am at ttwd, I stupidly got inside- what can I say yellow is indeed my favourite colour.  Yellow may be my favourite colour, but I should have been on RED alert.  For who was the driver of this awesome car ?- if you didn't guess Distancing Dixie I'm almost as disappointed in you as I am in myself.

All week though there was a small leak in the contentment balloon.  I knew it was there.  I kept trying to patch it, but to no avail.

I am not going to bore you this time with all my distancing applications.  It is the same old same old really.  I also know what I am supposed to do. I'm to pick myself up, do what Barney and I have agreed on-basically fake it 'til I make it. Did I do any of those things?  Nope.  Did I intend to EVERY day when I woke up- Absolutely.

Am I passive aggressively trying to get a reaction out of Barney?  Up until yesterday I would have shouted a resounding no!  Today I am not sure. There is definitely a snowball effect going on here.  I'm also old enough to know that it CAN work in a positive way to, if I allow it.  Trouble is the tiny little snowball that started its descent on Monday is now huge.  It is so huge. It needs to be pushed back up the hill in order for me to start again.  I realize I need help.  Maybe not to push it, but perhaps melt it.  Yes I am admitting it- God almighty I can't believe I am about to type these words on my blog.  I need a spanking. We need it.  We need the intimacy it creates. I need a reset.  I need to feel submissive and he needs to exert his dominance.

I haven't been disrespectful to my husband.  I have just closed myself off.  I know you are out there saying to yourself- Wilma why didn't you go to Barney?  Well because we are two people in the same house at the moment but he is not here.  Don't get me wrong we are not fighting, or angry with each other.  He is just so preoccupied with his new workload.  His two days off were spent working. Couple that with my starting to distance already, well let's just put it like this  Wilma................................Barney.

Mother Nature has also had her hand in us not being able to reconnect.  I'm sorry for the TMI but this is clearly going to be an ongoing issue in our lives, so I might as well just lay it out on the table.  I'll stop anybody now who would like to offer me some advice on the logistics of it- been there, done that, more than just the obvious reasons now what it is NOT going to happen.

So here I am...AGAIN... I know I am not alone. I've actually been conversing with some 'newbies' this week ( don't worry I'm not handing out advice).  I thought  I should make sure to mention that we are limping along over here  too despite my AH HA moments and our cooking together nights. Barney is still his same sweet self, but for some reason right now I am not letting him in, yet I want him in so badly.  I 'm hoping that makes sense to you all.

So back to the newbie confusion of it all.  Back to the I know what I/we need, BUT I don't want it if he's not wanting to give it.  And then the WHY do I need this? comes into play AGAIN. ( Just venting here people)
Just do your 'darn' things you agreed on.  Just EAT .  Just GO for a walk or walk the stairs.  This is ALL for YOUR benefit.  Act like the grown woman you are WILMA.  Yup so that's what's happen over here in Bedrock.

Barney actually had an era of HoH last night when he confronted me in the kitchen.  No he hasn't really had time for much other then the odd question here or there, but last night I could see a slight rage in him.  A quite calm, anger that I don't ever see.  When he is upset with a situation it is more a frustrated anger I witness.  No he was not impressed with my actions. or lack there of yesterday.  He did comment that I didn't look well earlier in the evening, but this time when he spoke, he made no excuses for me.  This is actually a first.  For the first time, I felt scolded- even though the words spoken were not really ones that would lead to that emotion.  There was a bit of a pit in my stomach.  Once he finished speaking, ( not a huge talker) the feeling left.  It wasn't a lasting feeling, but I can tell I there's an HoH in there....a little frightening actually.

But that was yesterday, today is today. And here I am leaking again.  Fortunately, of the 3 leaky Fridays of Wilma, this one has been the least leaky. That brings on new concerns though, as I basically am feeling indifferent.  I really think feeling indifferent is the worst 'emotion' there is because, well it really isn't an emotion.  It is a flat line.  Anger is passion.  Hurt is crippling at times, but it is there for a reason.  Happiness, well no explanation required- But indifferent, well that is concerning.

It will be fleeting I know.  I'm learning that ttwd is like walking on jello ( no I have never tried, or wrestled in it either..just the EGG WHITES sheesh) very shaky at times, and sometimes you sink in a bit, but it still feels good. ( I'd imagine)
at 8:22 PM