I thought I would drop a quick note so that you weren't worried I was preparing to jump off of the refrigerator.  Last night was our Cook Together Night- yes we've still been doing that even if I haven't been writing about it.  Once the dust settled, the kids left the kitchen, we had a small window of opportunity to chat.

Barney said he read my blog post about feeling invisible.  He mentioned how so many people commented and the multitude of wonderful ideas that were found there.  " Lots to think about".  Here is ( what I found to be) a funny exchange that happened between us ( Barney will be in bold font)

"Someone wrote about putting stuff together from a million pieces"


It is like putting together a thing that comes will a gazillion pieces - I reach for the instructions and Ian starts assembling in an intuitive kind of way. It is like the male animal needs to put it together as he understands it to work, not be lead through the process a piece at a time.....does that make any sense?
Or the cliche about men and women with maps..... women reach out and ask directions, men need to find the way themselves. It might take them longer, but they have really understood the entire area by the time they get, they have made their own reference points, and not relied on those of others )

"When I read that I thought, hey that is us. Only YOU are the one who refuses to look at the instructions and just does it"

"I KNOW  I told her that too!  But the analogy still works, just with a different twist."

"Then someone wrote about maps.."..

( we know that is not true Ian- just for Lillie's examples)
******************
He talked about the importance of instructions when putting something together, so he has all the facts in order to know how it works, etc...I said I understood  BUT

"Sometimes it is just a simple book shelf from Ikea.  You know it's purpose.  Build it and let's use it."

He also mentioned how I am one way, but also the other.

"Um, not helping your argument about listening, I've said that many times before"...( laughing)

Barney has been working a lot since my Pardon? Did You Say Something Post, but this has given me some time to think.  To put some distance between the events and the feelings they created to see things with a clearer head.  There are a few things I wish I could have done differently.  I wish I could have seen with his heart and not mine in a couple of the situations that day.  I hate that sometimes ( okay MOST times) my emotions cloud my judgement.

He didn't do what he said he was going to, that is still true, but what is also true, is that he thought he was going to 'reach' me another way.  He thought this is what I wanted.  Basically there is a buffet of  options on the table, and he took the freshest dishes- leaving the meat and potatoes.  There is a reason why meat and potatoes are on the table, because they are tried and true. But I understand his thought that perhaps I would like Banana Flambe for a change.  Just like a toddler ( if we must continue to use the baby steps analogy) I poked at the new dish with my little plastic spoon, slammed my mouth shut, and turned my head to the side. 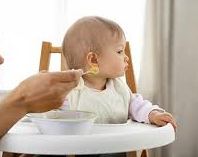 It takes time to learn what this toddler wants to eat- but sometimes you have to make the spoon with the Banana Flambe choo choo towards the slammed shut mouth to get her to try it.  Oh well it is a learning process...this ADVENTURE ( better than journey?) we are on. 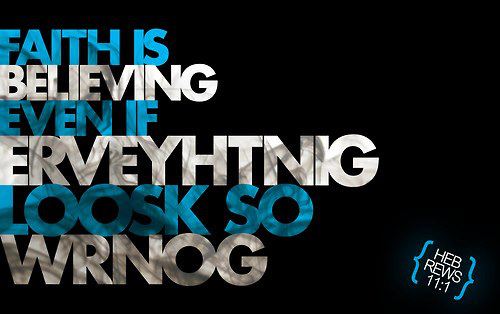 Thank you once again for checking up on me/us everyone.  My heart swells whenever I think of all of you