Wilma Has Left The Building

Last week was a long and quite frankly horrible week.  Sharing the nuts and bolts of the break down between Barney and myself, I am still unsure about that.  I am still raw.   I managed to suffer quite the severe emotional friction burn.  A great deal of it was most like brought on by me, dragging myself across the carpet repeatedly  but the pain is real nevertheless. I think I may just need some more time to lick my wounds. 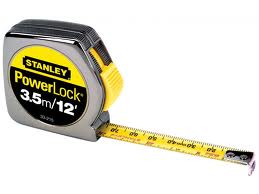 This was me...is me.  Not in the sense of measuring our Dd dynamic against others we share with in ttwd.  Although that often does seem to be the concern.  I measure where we have come or not within the context of our own relationship.  BUT the reason I chose the Stanely Power Lock tape measure really isn't that literal.

I was going along in my little tape measure way, letting more and more 'tape' out, ( forget about the measuring part...just focus on the metal tape leaving the confines of the case)  Some days several inches would be let out.   When I got to a place where I thought I couldn't let anymore out.  I would put on the lock, and wait it out.  Somedays the tape would retreat a bit.  I didn't take advantage of the little clip at the end of the measure.  The one where you hang it over the edge to hold on too.  Somewhere along the line in the past week, I released the lock and all of that tape I had exposed snapped and recoiled back into the case.  Just like the tape measure it flew back at warp speed and anyone within striking distance risked being cut by its sharp edges as it made its journey home.  As awful as that sounds, the worst part came when I engaged to Power Lock AFTER the tape was inside.  Effectively making it very difficult for the tape to start to be used again..  Sure someone can come along and try to pull the tape out, even with their now injured hand, but it is almost fruitless if the lock is engaged.

We all know the perils of Horror Moans.  The lack of them for some.  The excess of them for others.  The changing 'volumes' of them in others still.  For many of us they cause a great storm. Society likes to dismiss this by simply saying  "PMS"...or pfft Peri Menopause or even better just " WOMEN !".  The reason behind it maybe the Horror Moans but the destruction they leave in their wake is not any less real. The pain on the inside is far greater before the explosion-like a white head pimple(- happy I chose not to include a picture to go along with that analogy?- you're welcome).  Often the 'symptoms' are there under the surface long before those around us see it.  Often we don't recognize this about ourselves until it is too late....or by that time frankly we don't give a ________.

I have never really been an angry hormonal woman, and presently Barney is not here to dispute this, so we shall go with that!  I am more anxiety ridden, in the sense that every one and indeed even inanimate objects are against me.  I sound like a laugh riot don't I ?  I haven't really shared this in the past with Barney.  I mean how does one explain the illogical line of thinking that comes with PMS to a person who doesn't experience it? I mean I KNOW it isn't true, and yet that logical voice is so very soft spoken during this time.

Barney and I have touched on this since starting ttwd.  I also mentioned to him that PMS seems more out of control now since starting ttwd.  Turns out 9 out of 10 PMSing Dd wives agree!  Perhaps Premenstrual Syndrome  should cue a different PMS...premenstrual spanking? to break down the barriers.  Who knows ? What I do know that Horror Moans, tied up in a nice little package with the emotional 'bliss' that was the previous 2 weeks, had my tape measure recoiling and locking shut.

Once it was locked shut and 'safe'  new tactic was employed.  The " I don't care " tactic.  Oh....this one is very dangerous.  I am not talking about the I don't care, I'm in a huff....throw my stuff to the ground tactic.  The honest to goodness,  I don't care anymore.  Void of emotion.  No anger.  No hurt.  No sadness.  No longing.  Nothing.

This is where I settled on Thursday. After my previous post, I ran the full gamut of emotion.  Not true actually, I didn't hit contentment and bliss that is for sure.  I was hurt which always turns quite quickly to anger.  I stayed in that rut for a very long time.  Every once and a while Barney would test to see if the lock was on the tape measure still, but never really tugged.  Eventually a Cold War settled in our house.  This has never happened to us in all the years we have been married.  Yes we have avoided each other for an hour or two.  Yes we have most definitely had declared Cold War on issues..but not each other.  Never.

During this " I don't care phase" I could see glimpses of this girl...hear her quiet little voice.

I couldn't always hear what she was saying.  Or rather I wasn't listening to her.  This woman was blocking my view 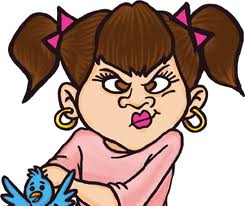 ( don't be fooled by the cute bird)


I went to Barney and told him I no longer wanted to do TTWD.  I meant it.  It was not an attention seeking action

Barney " Where are you going"

B- "Well I thought you might want to talk about this"

With that I left and basically scrubbed the grout out from between the tiles on my kitchen floor.  Barney quickly decided he needed to do something in the adjoining room. The tiny voice tried to reason with me.  The bully kept telling me I didn't care-that I had to protect myself.  Somehow that little voice inside weaseled her way to my eardrum.  Telling me that Barney didn't need to be in the dining room he was looking for an opening. I went downstairs with Barney to talk

For the most part the bully won out.  My brain was much louder than my heart.  I was like a dog with a bone.  Every time there was an explanation, I took it as an excuse. Weeks of frustration and hurt were guarding my heart and they had formed a 'nice' barrier.  I ended up reading something to Barney that an HoH had said to me in chat via his wife:


If he could tell him one thing it would be to step outisde his comfort zone, no matter how hard it was.
To do it every day, force himself.

HOH via wife again-  B/c the response they get from us--the positive response is so great and it makes the next time easier.

We went around and around for a good 2 hours almost. I was calm but firm in my counters. I few times I lay my head on the back of the couch, stared at the ceiling and signed. We were no longer doing ttwd, so Wilma had left the building. Barney was dealing with ___________ now, and she wasn't giving an inch.


Although we didn't fight much in our previously life prior to ttwd, we were growing a part. I knew that eventually ending ttwd would end our marriage. Not now, or in the immediate future, but down the line. We had a taste, however small of how life can be with ttwd. I couldn't fathom going ahead knowing what could have been. That was brought up in our discussion. Also stepping outside of the comfort zone ( not just talking about spanking here) and taking a chance, a chance that you're wife feels might work, or staying snug and knowing it will most likely fail.


Too much pressure? You may scoff at me if you want, but this was honest communication, and in my mind we were done with ttwd anyway. There were eyes filled with tears during this discussion...but not mine. Cool _____ had taken over. In my mind  I had done as much work as I thought I could at the time. I didn't feel I could give anymore. I felt that we got to where we were because of me, and that when things became difficult and it was his turn to be uncomfortable, he woulnd't. If he truly couldn't, well then there was no point either. I expressed that doing nothing was worse than making a mistake. Sometimes the doing something was merely saying he was thinking about how to go about things. Communication


Some may see this as impatience on my part, but in the same breath say to another that the HoH dominance feeds the submission.  We both felt that the latter is where we were at.  That the patience is there,  but help is required in some areas- for both of us.

I was called away for a few minutes upstairs. I was in the kitchen after fixing myself something to drink. Barney came to me hand out stretched and said


" We need to take care of this right now"

Huh? I looked at my ice cubes in my drink, and then at the clock.

I stood there for a moment. The bully brain was silenced. The heart voice present. 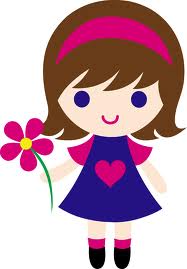 " If you don't take his hand now, you are truly giving up.  I could be silenced forever and your marriage really could be over down the line"

I went.  What followed was the hardest hand spanking I ever received. It wasn't unbearable,but this certainly was no warm up! Barney never spanks with just his hand, as he says it ends up hurting his hand, before my bum.  I mentioned to him that it seemed like he had been holding out on me all this time with his hand spankings....actually it was more like..

" Yeah, and there's a whole lot more in me to give too"

( giggle)  then this happened

" And in the future....I would appreciate it if you didn't roll your eyes at me during a conversation"  rapid fire smacks

Now I could have argued the point that we were 'broken' up from ttwd at the time, but I was just happy to hear it.