Beginning to Unravel~ How WWS Affected Me

I have mentioned, somewhere that I am the type of person that sees  worries about things three steps down the line.  Barney is more of a lets fix it after it is broken, kind of guy.  Don't shout at me.  This is how I see things around here from years of living with the man.  There could be all sorts of different reasons for this, but it doesn't change the facts.  This is how I see us both.

Well this view, doesn't bode well for a Dd relationship, especially when the wife has a difficult time 'sharing'.  I suppose that is a bit of a stretch.  Some times I share, but when it comes to turning to Barney, that is where I 'falter' .  Basically this is what happened when we were away.

If you can try to dust the cobwebs off and remember before we left, Barney had decided on daily or nightly, depending, spankings.  This was apparently more for him then I.  So he would grow in his confidence.  They were 'easy' spankings as far as spankings go.  The odd thing was it ended up being for me.  I mean not in a reset or release way, as they were mostly too short for that, but in a " He's engaged" way.  He hasn't forgotten about ttwd.  Only outside of the spanking he wasn't 'on', but at the time I was taking what I could get.  He stopped about 5 days before we left as a precautionary measure.  No need for leather butt on the beach!

I'll spare you the vacation details but I started to slip, slide and away. On the outside I was. calm, cool and collected ( oh just go with it !)  on the inside I was more like this.....

Did I 'turn' to my husband?  No. Why? well, a few reasons.  The first is I was 'trying' to let him do this his way.  It becomes a very confusing road, driving in the dark.  Do I ask for help, ( he assured me that he was going to find ways to exert his dominance while we were on vacation)?  Would that send him a message that I didn't have faith in him?  But soon those internal questions turned more sinister.  If you've been 'there' you will understand.  The questions then stop being about our relationship, and start being about him.  " Why is he not trying?"  " Why can't he see I am slipping?"  " Are we not doing this while we are away, despite what HE said?" .  Now that line of thinking is bad enough, but the last line is the one that had everything falling down around me/us.  The personal attack line of thinking.  " What is the matter with me? "  " We are in paradise.  Why can't I just enjoy this?"  " Clearly Barney is able to separate the two and relax.  Why can't you?"
This has always been a difficult challenge for me.  Relaxing.  I don't mean I am a 'hummingbird',far from it.  I do have a very difficult time 'switching' off my brain- Not to be confused with loosing my mind. THAT my dear friends I can do in the blink of an eye.﻿

The above was a very condensed version of how I ended up writing my last post.  To be known as my turret post or TP ( not toilet paper) if I need to mention it again.

Okay.  So the TP was written, eventually given to Barney and read.  Then WWS hit.  I went from being his wife on vacation with his family to this 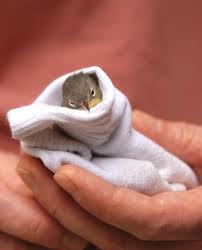 ( btw, who has white socks that white?  must have just come out of the package)
For the record I should state.  I was NOT looking for a spanking.  I was just sharing why I believed I was distancing-the guilt over not being about to share, and what was going on IN me.  I was not looking for him to come up with answers.  I was also NOT looking for pity.  I know Barney can't control his emotions, any more than I can.  By that I mean I am aware that if you are going to 'feel' something, there really is nothing you can do about it.  I am not criticizing his feelings, merely explaining how WWS~ wounded wife syndrome happened here, and its affects on us at the time.
Barney clicked into Super Sensitive Mode.  Now I know this is confusing to a man, that he is really amping it up, and his wife is not responding well.  This is what she has wanted all along right?  For me to be more attentive?  To show an interest- to try?  I suppose the problem comes when we think our husbands are doing this out of pity.  That they are acting out of character because they feel sorry for us.  That we are broken, and should be handled with care.  In short, sure we want  them to act that way towards us, but for the right reasons.  Fair to them?  Most likely not.  But there it is. Out there.
I couldn't change my reactions to his attempts because I couldn't understand  them anymore more than he could.  It was not case of me not getting the reaction out of Barney that I wanted.  I had no idea what I wanted.  I just knew I wanted him to stop looking at me like I was broken.  So I stopped showing that I was 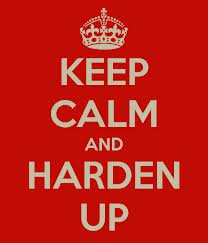 Yup the complete opposite of what I was trying to achieve.  I know my husband was trying what he thought was best.  Who knows, maybe in a different situation, at a different time this would be exactly what I would desire.  Only this time it just kept reaffirming to me that there was indeed something wrong with me.  I suppose looking back, that there is nothing wrong with that. I mean I really just needed to change my line of thinking from " there is something wrong with you" to the message he was most likely trying to project " it is okay that you are you".  A difficult thing to do however when you are IN the thick of things, to change your mindset.

Sadly our vacation became somewhat better after I hardened up inside.  The look disappeared.  I was 'fixed'.  I 'decided', ( oh I know, that is a no no *ahem*) that I too would put ttwd on the back burner.  I would wait until my husband decided to switch it back on, (such as it was- but not really) when we left Canada.

I did playfully poke the bear, as well, it is my nature.  I was met with a few, " I am keeping a tally don't you worry" - okay that statement might have been from a couple of incidents that had me more than poking the bear.  I WAS the bear.  A few " You'll be paying for that" were tossed around as well.

We arrived home to one VERY excited little dog.  Too bad the rest of us were completely exhausted due to jet lag for a few days.  Once " I woke up" I began to feel feisty again.  This is when I wrote my
A New Super Personality is Born ( the Feisty Fargone Post) .  I wasn't really expecting any 'action' during our, reconditioning- back- to -real- life week.  I was actually content to wait, and quite frankly a little curious to see what was going to happen.

Barney then continued with his 'playful' threats during this time.  Some may say that he was just getting his feet wet.  This may very well be true.  What it did to me however, was awaken ttwd in me.  Translation- I started to see that we weren't doing anything, and how it had already been 3 weeks.  The questions and doubts came flooding back again.  Barney still was not moving back into our routine, whatever the heck that even meant. Insert my mindset that I am thinking 3 steps down the line, he is waiting until things are completely broken.

That is how and when 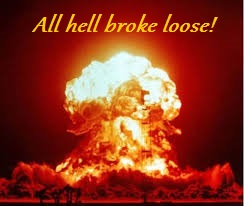