The End of Spanking in Bedrock?

After reading my last post, you might have thought, it could be our swan song.  We would pop back in to mention a few things here and there, but of course if you live ttwd you know THAT doesn't usually happen :)  What happened next really threw both Barney and I for a loop. 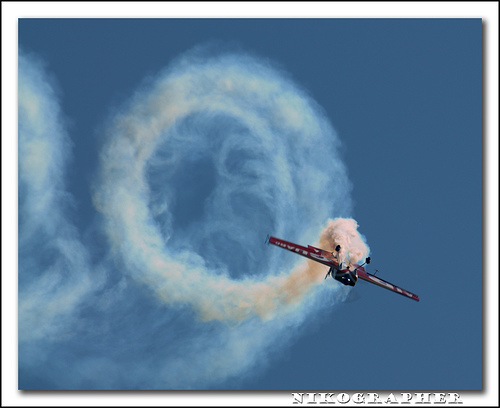 Life was and is good.  We have become remarkably close.  I don't know if I have mentioned this publicly or not, but I have never been known as a snuggler, a cuddler, a 'please come in and invade my personal space' kind of girl.  This has been changing over the past few weeks.  We are reaping the benefits of this life.  For those who are new, and reading, ( but never comparing *wink*)  Barney isn't all HoHy.  He is still in a suggestion state.  I am constantly asking, but that is okay, because he is doing it his way.  Dipping his toe in the water.

One thing that has been somewhat consistent around here..(.okay who am I kidding...lol).  We pretty much only spank ( we? ) for r/a which for us means as a couple reconnection appointment.  We have had some interesting 'discussion' as of late as to why I need this more lately.  Bridge crossed.  Then we discussed how it helps me and us stay closer together.  Bridge crossed.

This past week, we had a slip up.  Barney did not perform r/a when I thought he said he was going to.  A surprise  miscommunication.  HUGE blow up over that.  Once again it was concluded that merely communication over his thoughts would have been enough to stop the further backward slide.  In a moment of frustration he declared, rather curtly,

" Oh yes because night time works out Soooooooooooo well for us!  We connect so well.  Works wonders for ME!"

" Tuesday and Thursday.  Before I go to work! "

And he left for work.  I felt horrible about the entire 'conversation' .  Of course there is the 'guilt' of needing to be reconnected so often.  For being so needy.  But I couldn't help but feel bad about the way the entire day had 'played' out.  In my defence, I was lead to believe the night before that "it would be dealt with " the next day.  All day, I was anxious, and as time approached rapidly for him to leave for work, the pressure valve was released.    That being said, I so desperately wished I could have held my emotions back and had a more grounded conversation.

All day I just wanted to fall into his arms and tell him how sorry I was.  When he came home from work, those feelings disappeared.  We had a somewhat tense but good discussion.  He said he hate days like ' today'.  He said it was his fault for not listening to me, and once again not communicating to me.  He said he felt like he failed me when I communicated to him, and promised that tomorrow would be different.

The next day was different.  He still took a while to approach me,  but came to me and said,

Flash forward to r/a.  It was very unusual. There wasn't much "Oomph in it"  and it lasted all of about 10 minutes!  Ten minutes...this is me marathon girl...Thick skull girl.  Great Wall of China girl!  Ten minutes???? 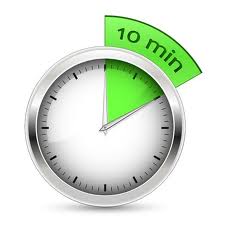 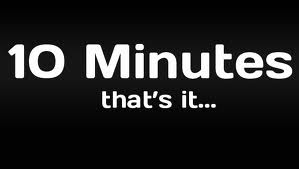 After, he pulled me back up into his arms to cuddle.  Instead of his marshmallow wife....okay or at least a hint of the pre-thaw he was met with this 'girl' 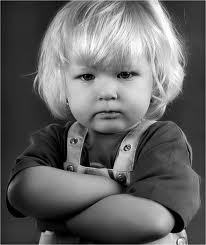 He started to talk and rub my arm.  My arms were crossed.  I was left confused and in an angry phase after this 'spanking'.

He mentioned that sometimes it is not easy to " pick up an implement and strike my wife".  He said that he knows that   I   need this.  There were a few other things he said.  Basically I felt like we were back at the beginning.  The feeling like I was a burden. A chore.  Something he had to do for ME, not for us.  Not for the benefits of our relationship.  I was so hurt.  I had become something to 'do'.  Alone in this.  If it wasn't for me, and my twisted 'need' that we wouldn't be doing this ttwd.  It held no benefit for him.   I redressed and left his side.

He followed me into the kitchen.  One good thing about hurt/ anger...I get a LOT of things accomplished!  As I violently chopped veggies for stew, he tried to explain that which he didn't understand himself.

Over and over again I said, " I don't understand.  You know it works.  You have seen how good things are.  Why? "

( serious discussion, but I can't pass up the opportunity to remind you all...no emotion behind the spanking because his wife......)

* wink *
Well this seemed to be a major road block.  How can we do ttwd, when an HoH refuses to find it in him to spank his wife?  Yes, there are other methods out there, but we both agreed earlier on that for us it is the intimacy of the spanking that brings us closer.  I suggested that we stop then.  I mean I am not going to be constantly 'hurt' if he is indecisive about this.  I couldn't ride this roller coaster.  There were so many long pauses in this conversation.
The clock indicated that he was now late for work.  He disappeared with the phone, ( pretty sure he wasn't too specific as to why he was going to be late).  When he returned,
" I know you are in the middle of something , but when you get to a point that you can stop, I want to you join me upstairs."
My back was turned to him, but an unintended smile crossed my face.  Don't misunderstand this was nothing to do with a 'victory', I just like our new life, our closeness and I didn't want to loose it.  I practically flew up the stairs.  He was propped up against the headboard when I entered our room.
" Are you sure about this?  I mean an hour and a half ago you 'didn't have it in you' "
" Let's just say I found my conviction.  Come here"
He found his conviction alright !  Yeouch.  I asked him after when I was curled up in his arms, if he was okay, and what changed.
" I knew I couldn't leave us in that place.  I wasn't going to let us down again.  I had to find my conviction, and that was it.  I think I need to start thinking of this as role affirmation now, not reconnection.  While over my lap is a good place for you to discuss your emotions and insecurities, it isn't the place for me to tell you mine"
" But you will still share them with me right?  Just not when I am there? "
" Yes"
He left for work..........later.  I was discussing this with a friend and she had a theory based on her own experience.  He had a difficult time spanking me BECAUSE we are so much closer now.  That, how did she say her husband put it? - " His button to chastise switched over to cherish" ...not exactly how she worded it, but meh...lol. ' Even though, he knows this tool works in your marriage, he is having conflicting emotions now when it comes to 'hurting' his wife, even if it beneficial'.
Things started to make more sense to me now.  Barney's odd wording..." Strike my wife". He has never used that term.  The reason that he couldn't do it anymore, even though he knew it worked.  He was deflecting onto me, that * I * was the one solely that required this.  Absolving himself .
Later in the afternoon I was talking to another Dd wife.  She too said it happened a few months 'in' with her husband.  " Urgh...why doesn't anyone talk about this???"
" Well I don't know, I wasn't blogging back then"
" Oh...lol "
Both agreed it was a very, very difficult time in their Dd relationships.  One of the women had thought the same as I did, that our husbands thought - we have arrived, or at the very least it was now time to coast.  There was a great deal of 'persevering ' for both the husband and wife with both couples.  I couldn't wait to discuss this with Barney.
We did discuss it the next day.  He said he thought it was a distinct possibility that this was happening with him too.  He found conviction the previous day because he couldn't let our new life slip away from us.  I was concerned about our next r/a session if it were going to happen again.  He teased that I could just misbehave and give him a reason ( if only there were more angel pictures on the Internet!).
Well yesterday we had r/a again. He made if through with flying colours. LOL..I did give him a little incentive during ...
He was once again complaining about a sore shoulder, and saying how out of shape he realizes he is whenever he spanks me.
" Oh I feel for ya...I really do "  giggle
WHACK ! WHACK!
" Are you seriously sassing me in this position? "
" Maybe..." more giggles
" Seriously I can't believe you are being a Sassy Pants while I am spanking you"
"More like a Sassy NO  Pants"  I amused myself with that one...outburst of uncontrollable laughter...until
A smack storm blew in from the south!
Huh?  Who would have thought that poking the bear in that position would result in THAT.  But conviction found!  lol
I actually was discussing my reaction to yesterday's spanking with a friend.  I told her that twice during, I just wilted, not crying, but my body. I literally almost fell asleep DURING while seeing white.  She said she thinks that I was experiencing what they call Subspace.   I didn't feel a thing.  Barney immediately stopped asked first if I was crying and then if I was sleeping.  He then continued, and it happened once more.  So odd.  So very odd.  He ended the spanking after the second incident.
So there you have it.  Spanking crisis averted?  Not sure.  But I thought I'd better share our experience in case this happens in your house too.  As for the Subspace thing?  NO clue.
﻿
at 9:42 AM