The Bad, The Very Ugly & The Good

So when we last left each other, life was meh good.  As with most things around here that lasted for about 3 minutes ( infer what you will *wink* - ouch!).  Anyway the following week we started off well.  It was Sunday and I was sitting at our kitchen island.  Barney made some cheeky comment/request, and I responded with
" I'll think about it"~  ' The devil twinkling in my eyes'  as my girlfriend often says to me. 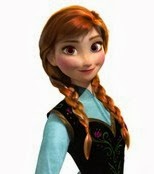 Barney looked directly into said eyes and said,
" I think we will be 'reconnecting' tomorrow" and kissed me good-bye.
" Okay. Suit yourself"

"Oh I KNOW we will be reconnecting tomorrow"
" Mmmhmmm"
Monday arrives.  Normally I am quite excited about Monday as I have the house to myself. 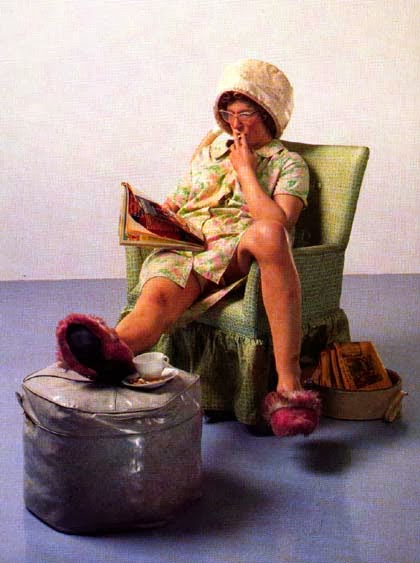 Unfortunately something was brought to my attention on Sunday night.  While I don't really want to give this 'something' much weight, for a few days it did have me distracted. This had nothing to do with our family, or our relationship, either ttwd or vanilla wise.  In truth it later just became an annoyance but initially it brought forth a lot of old hurts and maybe even a trust issue.  It had me second guessing myself.  Monday morning, I decided to share this information with Barney.  He sat and listened to me attentively.  He could have just as easily dismissed this as 'woman drama' but he didn't.  He offered up his thoughts on the matter, which were mine, but in a little voice in my head, not the loudest one.  Essentially he told me the problem wasn't mine, and how he could understand how I would feel more hurt by this because of my past, not because of the person involved.
I am mentioning this for two reasons.  First off, because before ttwd, I wouldn't have brought this to my husband.  I would have chatted to a few girlfriends and then brushed it under the carpet.  A couple of months ago I did go to Barney with something that was bothering me- after a couple of days.  Once again he offered up his perspective. It was vastly different than mine.  This made things easier to deal with.  This time it was only 24 hours ( and he had been working).  So yay me!  LOL..oh and secondly this delayed our r/a somewhat.  You see after talking about this for a while, Barney seemed less interested in r/a. 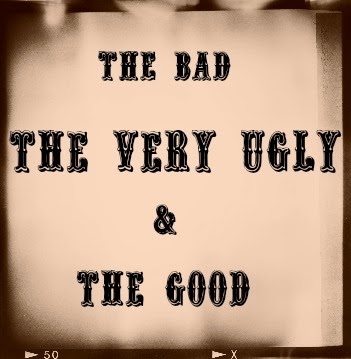 ﻿
On to Tuesday....Barney didn't say anything about our 'reconnection appointment'- all day.  Not one word.  I wasn't going to pressure him or hound him.   He normally leaves for work around 2:45, but can leave later.  Our youngest son however, comes home at that time, everyday.  I was getting more and more anxious as the day wore on.  I can live without a spanking, I just become worried that we are going to slip into a bad place if he becomes inconsistent again.  Just after 2  I noticed he was dressed for work.  Well that was a pretty strong signal that he forgot.  He wasn't going to get wrinkled after all.  I decided a nap would be in order.  Our 'reconnection' spankings are usually around 30 to 40 minutes, so there was no longer any time.

Barney came into our room, took one look at me, took off his dress pants and said, " Let's go"
I lay over his lap and he WAILED away. 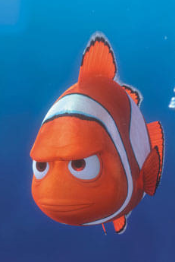 I didn't flinch once.  NOT once.  I had already shut down when I went into our room.  After he was finished, I lay there across his lap.  He said nothing, with the exception of,  "I have to go to work".

I lay there for another moment or two and then curtly said, 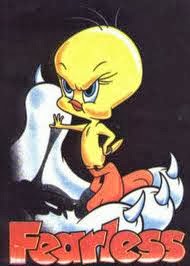 " Let's examine why this didn't work shall we? First of all you ANNOUNCE r/a on Sunday for the following day.  Which didn't happen, but I can understand why.  Today you say nothing.  NOT one word.  As the time gets closer to when you are about to leave, I began to shut down.  We have talked so many times about waiting until the very last minute for NO reason to 'deal' with me.  I thought you forgot.  Then when you started, I kept thinking we weren't going to have enough time or that ( insert little prince's name) would walk in at any moment"

( Normally an interchange like this would not illicit this response from Barney).  He was livid 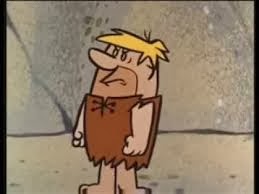 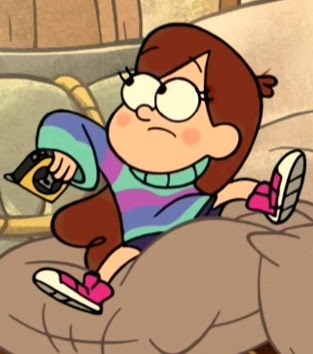 It was then MY turn to be livid.  I do believe things like, " See this is EXACTLY why I don't open up to you! " ( yeah so not fair to say, and actually untrue now.  It wasn't at the start of ttwd, but it is untrue now) were loudly said to him.

I snatched a pile of loose dirty laundry and stormed out of our room.  Dropping thongs and boxer briefs as I went.  The first pair that fell I violently snatched  from the ground.  The next few pair lay where they fell as did the countless ones after.  My wayward laundry was making a mockery of my dramatic exit! 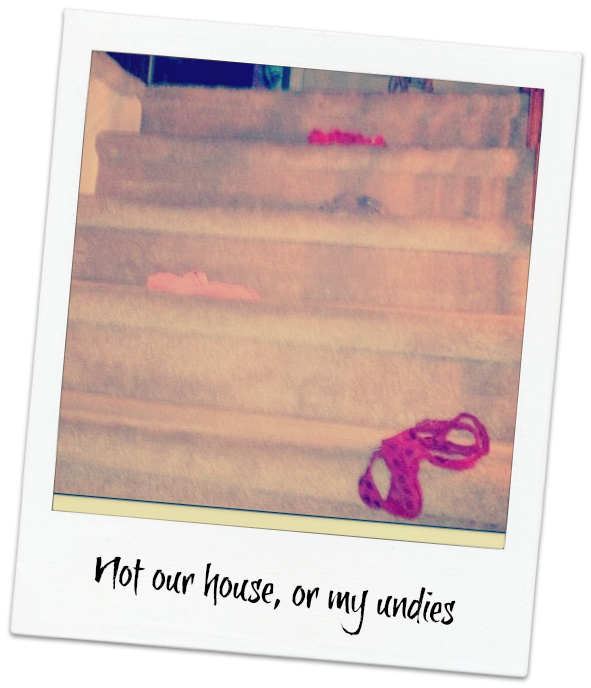 He came down into the laundry room to kiss me good-bye, but not much  more was exchanged.  ( Oh and for all you karma believers out there, one of my son's socks ended up in the laundry tub and flooded my laundry room).

The next morning when Barney was in the shower, I went and sat in the middle of our bed.

﻿
When he entered he looked at me and I said, " I think we need a do over"
" I think so too"
He then sat down on the bed and we talked.  He apologized for getting so angry with me.  I knew that the stress of feeling like we were failing as parents with our son had a lot to do with his reaction the previous day.  I later realized that my words of criticism to him meant he was further failing, not a means of communication.  I told him how I felt dismissed and unwanted when he pushed me away. I said to him that this was not the same situation.  We normally talk about these things so we can hopefully avoid them in the future.
After some time, I also apologized. Apologized for raising my voice after he pushed me off of his lap, but I didn't apologize for what I had said before then.  He told me I was right to say what I did.   He agreed on a normal day, it wouldn't have mattered.
He then spanked me again.  I may not have flinched the day before, but he must have been VERY thorough, because when just his hand made contact I thought I was going to fly through the wall!   He has since decided that r/a will, whenever possible, take place over the course of two days! Something about my stubborn head
. 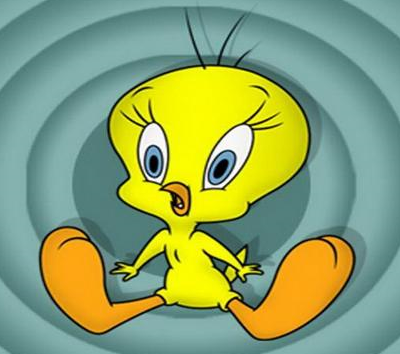 You see some HOH  friends of ours suggested to their wives, ( not to Barney thank goodness)  Barney give me corner time during a spanking . One HoH doesn't actually recall that TID bit of information,  he passed on.  I can only conclude it is because I am never naughty, so he can't fathom suggesting putting me in a corner!  Barney decided to just draw it out over a couple of days instead I guess????
Some other adjustments?  I am now supposed to write down my misdeeds, and bring them to Barney

Together we will read them and discuss them 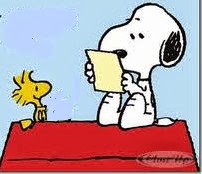 The purpose of this is not for punishment.  It is so we are both on the same page.  Not for me to understand what he sees as disrespect etc..but for him to see what I consider I am doing that breaks the rules.  We are doing this because when I think I have done something wrong, and he doesn't say anything, I think he hasn't noticed.  Some times he has, and sometimes he hasn't.  But if I think he is not dealing with things, then resentment builds up, ( hey I didn't say it was a fair line of thinking) and then disappointment and then another block in the wall.  This way we can discuss each incident and see how the other felt about it at the time.   We actually started doing this two weeks ago.  It has been very helpful.  Sadly I am getting the short end of the stick on this one!  Every pun intended.  No seriously, he has only brought up one thing during r/a but we are getting to understand our relationship better.
Perhaps the biggest break through after this fiasco was Barney starting to read blogs again.  He said in our discussion that he too noticed,( I brought it up) he became disengaged this summer and not reading the odd post made it worse.  I sent him Zoe's post FREEDOM.  During this weeks r/a he said to me,
" I now realize how me taking a casual attitude towards ttwd has been hurting us both.  It isn't helping you be all you want to be. Which in turn affects us. I am sorry about that. "
Has he tightened up the reins? No not really, not yet.  But he has held on to his back to back r/a sessions...and then another pre-emptive one before the weekend.  Not too mention he had already planned for one after the weekend.  Sheesh!   For those who aren't great at word problems, 3 spankings between Monday and Friday...and a promised 4th one the following Monday. Time will tell where this little adventure is going to take us next.
I wanted to leave you with a 'snippet' of our 'reconnection' from our : 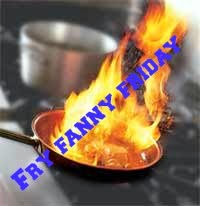 Fear not, even though there was a lot of light heartedness to our conversation,  there was a lot of 'contact' during and after!
So there I was, sitting on my side of the bed, (in only my underwear and bra, this is something new I started to soften myself, Barney seems not to mind)-filing my nails- being contrite
" Well it's a good thing you didn't require a list of misdeeds today, 'cause I've got nothin'" (  smiling and tossing my nail file back into the basket beside my bed)
Barney adjusting the pillows on the headboard,
" Well I was going to give you a list of accomplishments ...but........"
*SMACK* ( me hitting him) As I climbed over his lap, he continued
" But you know, our teenage son can be quite the distraction"
" Yes- Let's go with that shall we? " ( smack ON ME THIS TIME)

﻿
﻿
﻿
" Why are you so SASSY???" (continuing to warm me up)
" Oh c'mon. you love it!" ( burying my face in the pillow)
Sigh-chuckle.--Oh you have never heard of it?  Barney has perfected it. It starts off as a sigh but ends in a disbelieving laugh.
" Yes I do...most of the time" After a while and furious smacks he started talking again....
" Now I know that some of your tasks are mundane..."
" Oh I wouldn't call you mundane"
"Soooooo Sassy!...lets see if we can work on that" 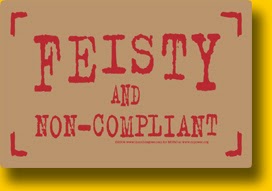