Explaining TTWD with Toys and Games


No not that kind. Sorry if you are disappointed. Maybe another time though. Last month marked a year that I asked my husband if he would consider a ttwd/Dd relationship. Contrary to what many believed I really had NO vision in my head as to what ttwd would look like in our home. I honestly couldn't imagine it.

Barney wasn't an alpha male that I had emasculated over the years, ( okay maybe the second part is true, but he did not change). We were, ( or so I thought) past the time where kids made us exhausted and we were taking things out on each other. (Boy oh boy how you women with little kids handle ttwd... well my hats off to you. I remember once many years ago being so frustrated with Barney I thew and apple out our kitchen window at him. It crashed to the ground at his heel as he was walking away. Our neighbour just stood there with his chin on the ground. YUP! I did that. But those days were behind us too). So what exactly did I want to achieve with ttwd you ask? I wanted to no longer feel like wallpaper. I wanted to WANT to spend time with my husband on a deeper level. Don't get me wrong we had/have a very active social life, ( shocked? lol) but that was the issue. We would go out and never see each other even at the same party. I would seek my happiness from the company of others. Sure we had fun together, but there was just something missing. 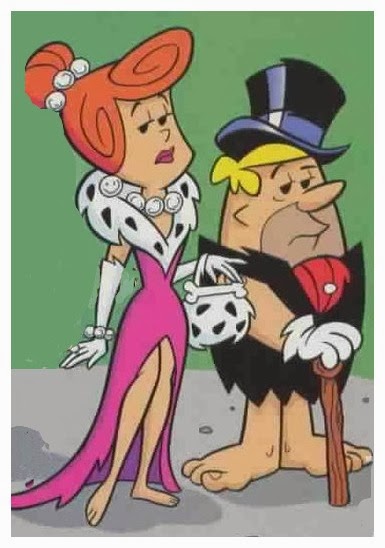 The fact that you can 'walk' over your husband takes something away from your relationship. I mean at the end of the day no one feels great. I was unhappy for a long time. I wouldn't say anything, as I thought I was being selfish. Who wouldn't want my life? We had 3 beautiful, healthy boys ( and sadly...beautiful is kind of the truth..LOL ) I was able to stay at home and not work. My husband was/is a kind, patient man who indulges me to almost no end. AND he always said he was the lucky one. So why would I be sad ? Because I had created a life that I didn't want. That wasn't me. Not my family life. My life with my husband.

I said I didn't cuddle, because it was too hot, or his arm seemed so heavy draped across me. I didn't hold hands walking because he always walked so slow. I didn't want birthday cards or presents because they were a waste of money. I didn't want flowers for the same reason. But you know what? All of these things were BOGUS! I didn't want any of them, because to me longing was less painful than disappointment. I gave him an out, but emotionally I gave me an out too. I knew from experience that he would forget more often than remember, or I would get a birthday card with a couple of talking parrots wearing sombreros on it, instead of a heartfelt one I desired. So making proclamations about not needing these things left no room for expectations or anticipations. Therefore no pain. 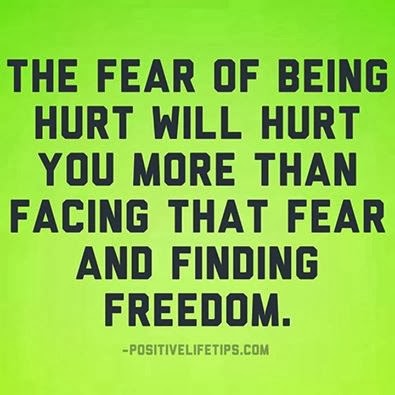 What I did was worse. I told my husband NOT to pay attention to me. He was trapped too. Damned if he did damned if he didn't. Ttwd has changed all of that. I may have felt like wallpaper before, but in part I was the one who hung it.

As many of you know, it hasn't been an easy ride for us. Of course in all honesty I doubt it is for many. Barney is not naturally dominant, and as a friend once suggested, I probably have "little dog syndrome ". I am the youngest of many by a lot of years, the " I can do it" motto has been ingrained deep in my Psyche . It is very difficult to trust someone else with things when you are a self professed perfectionist. And yet, letting go is so freeing.

When we first started on our adventure many people would comment for me to stop over thinking things. Well, the truth of the matter was/is that isn't in me either. That is who I am, and it is never going to change. It actually isn't a weakness but a strength. I need to examine things from every angle, from both sides, in order to figure out why it happened and what it actually means TO me. How to avoid it from happening again if possible. 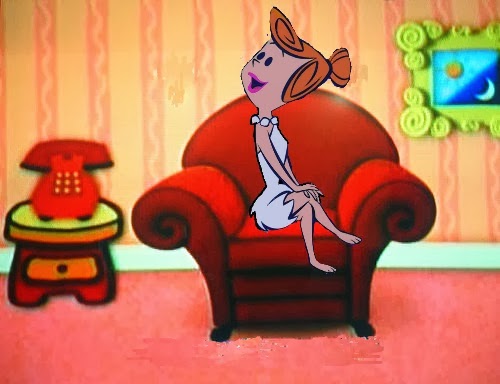 As many of you know, with communication comes a great deal of issues. LOL. The ' avoid it from happening again' takes many more crashes and burns before that can actually come to fruition. I tease all the time, that men are ROTE memory learners. Barney would agree. We have had to endure, more times than not the same painful conversations. Some times I wanted to pull my hair out ! And if Barney had excess to spare, I'm sure he'd feel the same way too.

The most difficult thing for us to do was to keep getting back up again and dust ourselves off. Try again. Try again. Try again. Why? Because for ME it was working. I was becoming who I always was inside. I was now allowing Barney to love me the way he has always wanted but was too afraid to. Don't get me wrong he has had a lot to over come in this past year too. 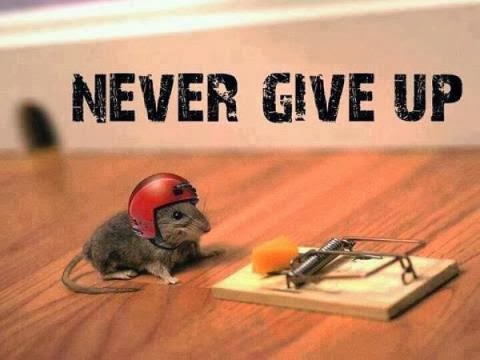 I have come to see our ttwd like a Spirograph set. When I asked Barney if he would be willing I handed him the box. 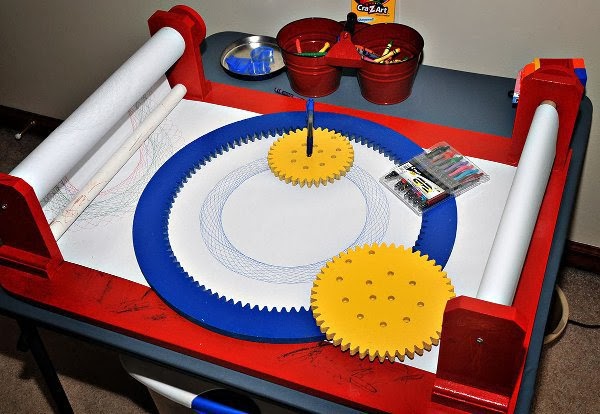 At first we picked the small round circle. Things seemed great, we were making a picture pretty quickly. But after the initial changes happened it was like we chose the triangular piece. Jolt ourselves around. It wasn't pleasant. I /we have often felt like we were constantly walking around with a neck brace on from the whiplash we were encountering.

Here is the thing, a year later we have lifted the frame away from the paper and are able to see that while we were jolting around in our Spirograph set, changing pen colours as we went, we have ended up making a beautiful picture. We are adding so much depth to our little piece of art. 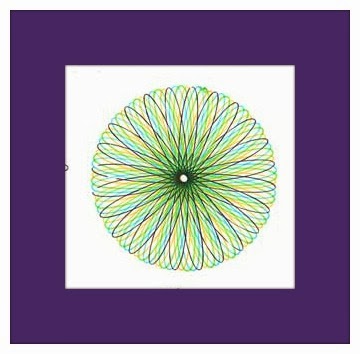 As the self professed Poster child of Dysfunction in TTWD, I want to share something with you. I was explaining to a sister in dysfunction something in an analogy, ( I know another shock). I began a little while ago seeing my adventure in ttwd as a game of Trivial Pursuit, ( yes yes, we know it isn't ACTUALLY a game). When some people start out they manage to roll high numbers on the die. They speed around the board collecting some pie pieces right away. Maybe the Arts and Entertainment one. We were rolling ones and twos. 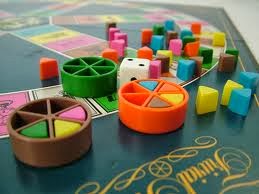 We would land on the triangle square where we had an opportunity to 'get' a pie piece, but often we would mess up on the answer and have to wait for another turn. No pie piece for us. This happened time and time again. What we didn't realize is that we were learning more and more about the subject even if we were getting the answers wrong. Eventually our pie pieces started to fill our little circle. Does this make us 'better' than the others that sped around the board? NOPE. Just different.

We have mostly learned how to effectively communicate with each other. Mostly. The deeper you go in ttwd the meaning behind communication changes. It is difficult to explain if you haven't experienced it yet, but trust me. It changes and each 'level' has its own challenges in its own right. What we have discovered is that we both needed to learn what the other person needed from us in order to understand each other. Essentially we needed to make up our own 'language'.

So much has happened here in the last 6 or 8 weeks.  I should probably write a post about that, but I am going to end with what I have learned  on this little adventure we have taken so far: 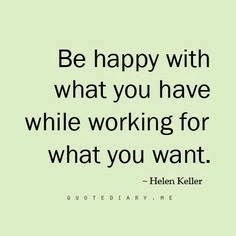 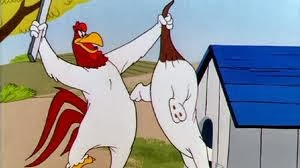 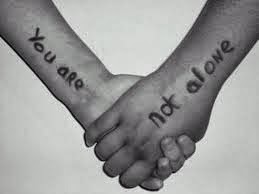 Barney has learned a few things too 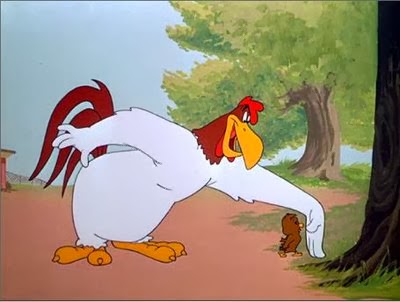 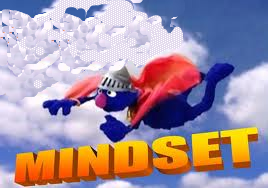 We have had our share of stumbles in our adventure this far.  I now can sleep easy knowing that even though we are going to still experience stumbling blocks, I have faith that they too will be building blocks in the future.  We are both committed to making the bad times a moment not a mountain in our relationship.  I can't tell you how that relieves so much anxiety that used to take up too much of my head and heart.

Basically why I wanted to share this pontificating post with you was for those of you who still struggle. Whose husbands you don't think will 'ever get it'.  If you don't blog, write down some of the things your husband says to you in a day.  Read them out loud.  I guarantee you that if you remove the body language and tone, if you think he isn't all ALPHA male, you will see that he is ask/telling just like HoHs you read about.  If you were to meet Barney there is NO WAY in H_LL you would pick him for an HOH but sometimes in print he comes off that way.  I'm sure your husbands would too.  That is just their way. 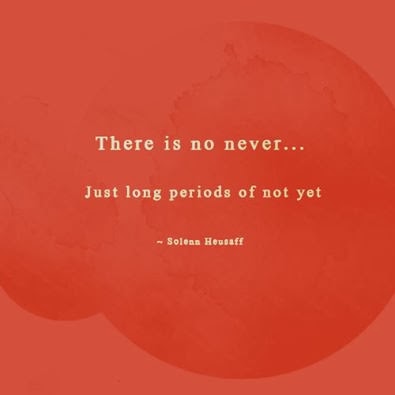 Anyway, I believe for the most part if ttwd is what you NEED you will find a way to make it work.  It isn't easy, to get your pie pieces for your game piece, but sitting here looking back, I wouldn't trade one single tear or stumble over the past year.  That is the honest to God truth. 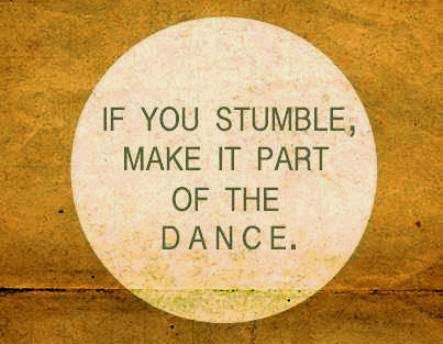