Pain.  I have read quite a bit about it in the couple of years in this community.  Not the pain that comes from a spanking. No, not even emotional pain.  Generally I have read about how pain affects our HOH'S  husband's ability to carry through when they are in pain.  Or their reluctance if we are in pain.  I have had to endure the latter problem before, mostly due to blistered skin.  Meh, what can I say, once it happens once, it appears you become more prone to it, despite the precautions you take.

The kind of pain I am about to talk about is physical pain, not caused from spankings and how it is putting a damper on our dynamic at the moment.  Before I begin I want to state that by no means is this pain something to be concerned for me over.  There are far more people living much more painful lives than I .  If taken care of this pain should eventually go away.  It is temporarily chronic if you will.  Let me state for the record, if it doesn't go away, and this is all life has to throw at me, I'd still consider myself a very lucky woman. 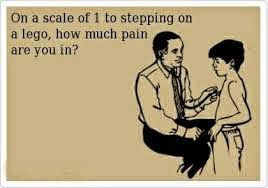 But I am tired.  Tired of having to watch what I do because 2 minutes later I will be in pain.  I am tired of going to therapy appointments and having to 'sleep it off ' for the DAY .  That seems to be my 'go to' to deal with pain.   Heck I have almost fallen asleep during a spanking more times than I can count.

I am frustrated that although my family is more than willing to help out, and my husband makes great declarations of me not doing things, things STILL NEED TO GET DONE.  And they aren't. So I do them- as it is my job to. 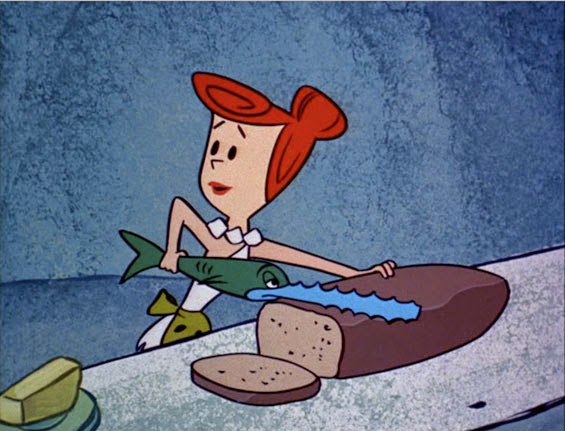 But mostly I am frustrated and tired of not feeling myself.

Slowly over time, the past 4 months or so, this pain has changed me.  It has made me retreat.  I knew I was doing it from here, because I had to.  I am not supposed to be sitting at a computer for more than 30 minutes.  I hadn't realized until this past weekend that I was retreating from my family and my husband.  Which also means my submissive heartset.  I am still managing to continue my submissive actions for the most part ( hush Barney...) but my desire for closeness isn't as great as my desire for closed off.

Barney and I are fine.  We live .  We laugh.  He has gotten over the Wounded Wife Syndrome that initially plagued him just over a month ago. He is trying to maintain order in this house, even if I am supposedly on restricted duties.  In fact I have probably been spanked more for disrespect in the past 2 months than in the first year and a half of our relationship in Dd.  Relax..that is a grand total of 3 times...LOL.  But that is huge for him.  Actually maybe it was only 2.   Two definitely with our new 30 inch lexan cane.

But I digress.  Pain is a strange thing if you think of it.  How it changes our lives.  Naturally there is the physical component. I never really gave much thought as to how physical pain could cause distance.  Of course if you are in any relationship, and I hesitate to say especially ttwd, emotional pain can cause distance of epic proportions!  But physical pain?  I have been fortunate enough to only have short doses of it-migraines, minor illnesses, blistered bottoms.  All of which seem to rectify themselves before retreat has happened. So this is new to me.

I generally am not a sharer.  I like to deal with things on my own.  Pain is no different.  Barney is aware of this and has been watching me like a hawk.  He has identified my 'tells' and for the most part has bossed me around when he sees them.  I have even learned to say, when he asks, the truth as opposed to, " it is what it is".  I thought this was making leaps and bounds for me in the not going it alone department, until the other night. 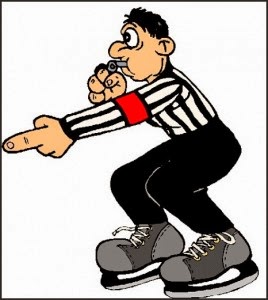 Once again the boys were watching something in the family room with whistles on tv.  I was reading 2 floors up.  My little voice said, ' I should go down there.  I can read anywhere'.  My other voice, " screw it, it is much more comfortable up here and I hate whistles'.  Later in bed or maybe the next day, it hit me....you are going backwards Willie.  You have closed yourself off because of your pain, frustration and general tiredness of feeling this way.

During these times, Barney comes up and checks on me, and while my part of the conversation is always polite is isn't as animated as I normally am.  I think about starting a conversation about something and then think...'meh'.

Our r/a sessions have been 'interesting'.  At first Barney was worried about the pain, not the one HE was causing.  That lead to ineffective r/a sessions.  Now I have learned to try not to tense up my body during a spanking ( something I still have no control over during an orgasm so yeah- not too much fun there), and the pain elsewhere in my body isn't as great now.  I thought that maybe this is why our sessions weren't as effective.  I then thought because we were back to once a week that perhaps that is it?  Then I discovered that I was retreating into me and it all became clearer.

I am the primary communicator in our relationship.  That does not mean Barney doesn't initiate conversations.  Unfortunately initiating a conversation with a wall isn't generally fruitful.  He then becomes frustrated.  I have not been expressing to him what is working and what is not with us and our dynamic, because I have no desire in me.  It is like I have flat lined.  I am going through the motions, but somewhere along the line my retreating because of my pain has put up a wall when I wasn't looking. By me not expressing my concerns and desires ( as I can't seem to figure out what they are) he is blind in someways.  I trust him to lead, and he is doing that, but to reach me is another thing all together.

Meh, it is what is is....all in good time and all that stuff. 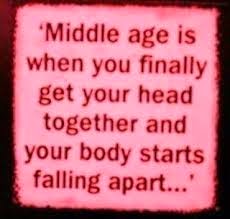 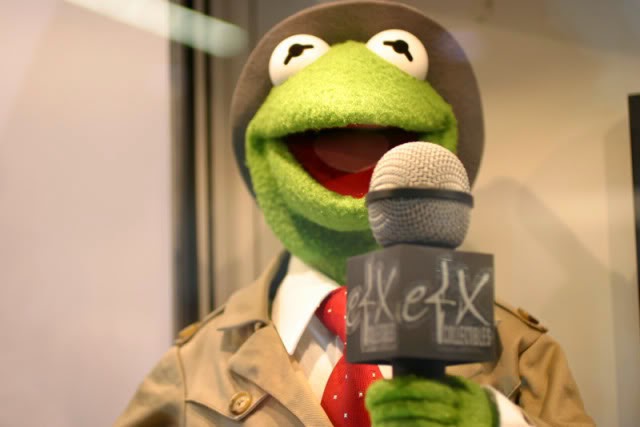 I did it!  And only one more week left for me!!!! Barney and I even managed to walk over 10 kms together this weekend.  Thank God the weather is warmer. 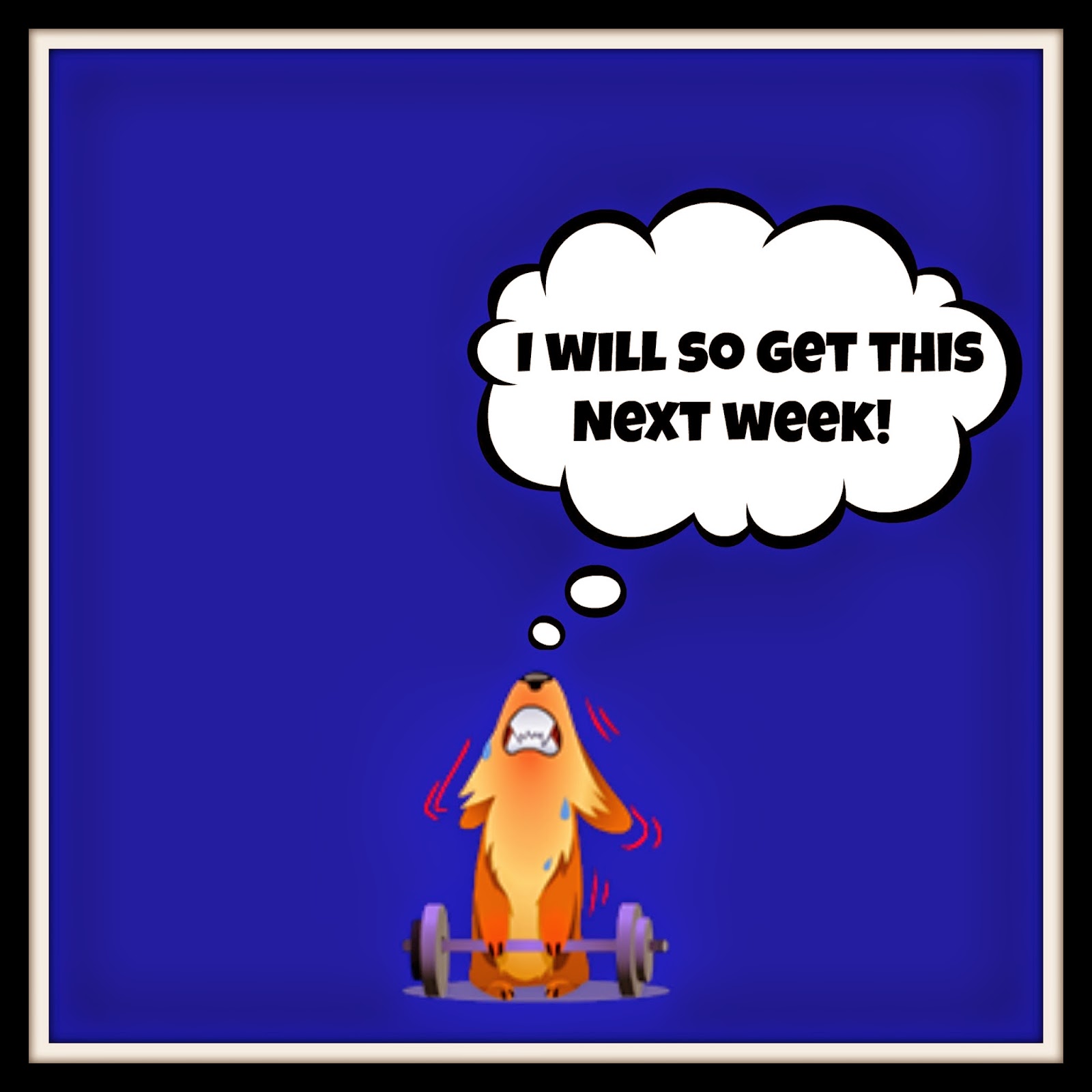 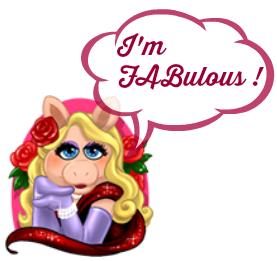 I had another good week. Better than good, really. I'm up to 4 or 5 days of workouts instead of just 3 and I workout for about 45 minutes instead of 30. Also, I haven't had any problems with wanting to eat junk. I think I've lost my taste for it :)