There I have coined the phrase, ( Lick it, stick it, stamp it--it is mine).  This is what I have been experiencing, it would appear, and I have finally pin pointed it.

Let me explain.  I don' t mean that Barney takes control when it serves his needs.  He definitely is not what one could ever call selfish.  Far from it. Let me explain, whenever I offer it up he will then seize the opportunity- most times.  Eeee Gad isn't that what every submissive wife is supposed to do?  Surrender control?  Oh suuuuuuuuuuuuuuure in a perfect world, but then where on earth would the need for Dd come in?  We'd all be skipping along in our flouncy skirts, flowing locks blowing in the breeze stopping only to serve or service our husbands. 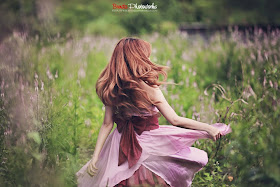 Yeah- so doesn't look anything like that in our house.

Mostly it is me crashing about, stupid skirt caught in the door, frizzy hair popping out of my pony tail, or it  getting caught in the electric windows of the van. 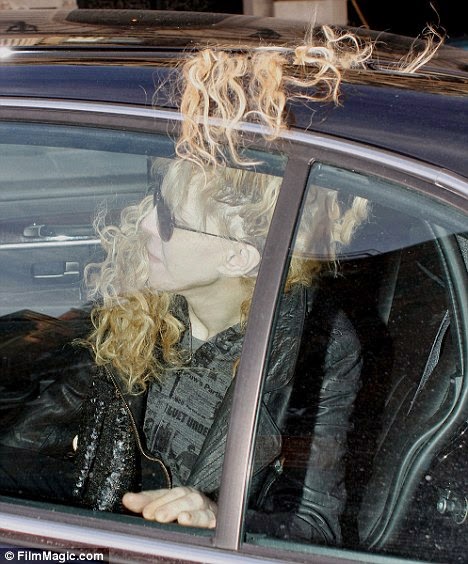 I try- oh Lord do I try.  I didn't say I was very good or consistent with my efforts.  Horror Moans, pain, stress, anxiety- they all seem to wreak havoc on my ability to stuff stuff down.  You see that is basically what happens here.  When things are good, as I explained in my last post, most of those aforementioned triggers are merely little blips.  They aren't little building blocks in the Great Wall.  I still stuff though, not anger, but my desire to take over.  My need to control every little thing so that 'everything goes right'.  Do I trust my husband ?  Of course I do, although I admit that last sentence certainly doesn't sound like a woman who does.  It is just that my speed and his are different.  I have to rein myself in and wait to see when or if he is going to process the situation.  My priorities are different- mostly because I NEED to have things figured out.  I am not a 'what will happen happens' kind of girl.  Anyway I will stuff down all of these nasty little DNA-given, hardwired, reactions.  I will then go over and hand my husband 'control'.  He will then pick it up and use it how he sees fit.  Great right?  Building up your HoH.  Wind Beneath his Wings- Smoke Up His Ass whatever you want to call it.  Sure it is great FOR HIM.

What does it do to the Convenient Submissive?  Oh you didn't think this was just going to be a slag Barney post did you?  Nah, one a month is good.  Well it puts me pretty much (mentally) steering the ship.  Yup.  I go over hand him control- because that is what I want. 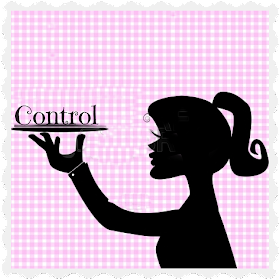 Inside are all the reined backed, stuffed down, little control viruses trying to get out.  They aren't exterminated in this process, They are just quarantined.- jarred and shelved. 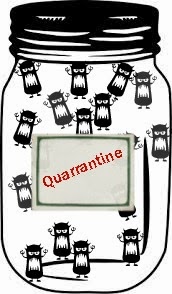 For convenient control is predictable.  I will go ask, he will answer ( nine times out of ten I will know the answer). Nothing changed but the added step of asking.  Externally, the Convenient Submissive is a lovely gown. No,  a wolf in sheep's clothing really.  When the wolf emerges suddenly after the costume becomes far too tight, often the one in control is taken completely by surprise.  Where did his sweet little lamb go?  Question is, was she ever really there?    Or was she TRYING to be there-? 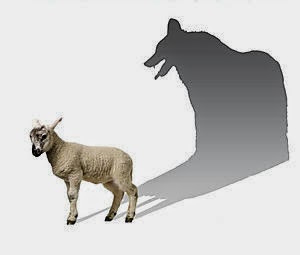 What about all this poking of the bear stuff.? Is it really about getting a spanking, here? I am not so sure.  I think here it is another set up to say "Show me you are in control.  Tell me you can dominate me".  At least verbally, tell me.... Oh look I am steering.  Or am I asking?  Is he taking control, or just utilizing a training exercise set out by me? Either way it is a controlled action to get a response.  One that is desired, and needed- but one that is in some ways initiated by the one who isn't supposed to BE. IN. CONTROL.

What has me asking all these questions?  A few r/a sessions and a non existent punishment session ( oh I know you ladies looooooooooooove the word session) that didn't go as 'planned' .  No George I don't mean as planned as I had it played out in my head.  I mean as planned in the sense that they were resets.  Barney ended them, before that happened.  After the fact he said, in his defense that he was " THE. ONE. IN.  CONTROL.  here".  A failed session, excused because of the Convenient Control Card. 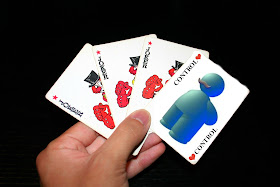 All I know is that it is exhausting for both of us.  He is frustrated because I don't 'let go' sometimes.  The battle he has to deal with is within me-my perception.  My higher than mighty self says he has to start to TAKE.  DEMAND  CREATE control, not just accept it when it is offered by me now.  That would appear to be the way for the little control viruses to silence inside.  How controlling is that?
at 2:05 PM