Analogy Time: Out of the Fire 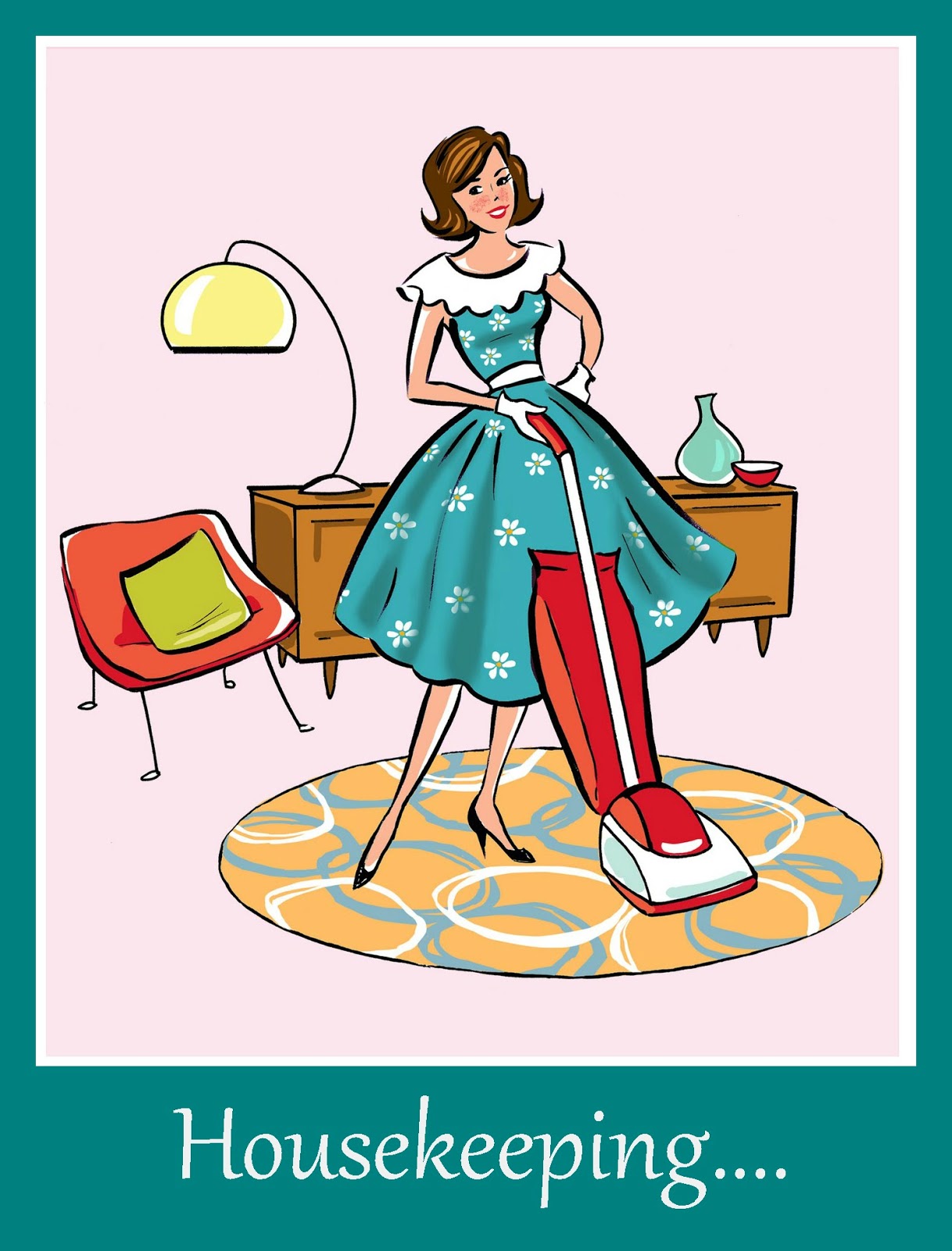 As I have several new followers, ( hi all !) I will just post this here, and maybe as a reminder to anyone who forgot.  Private blogs don't load on your blog roll.  I have a public blog, Willie's World, that I post on with the link to this blog every time I post ( which hasn't been much..wow).  Anyway if you follow the public blog it will show up on your blog roll and tell you when I post.  If you want~ no pressure of course!


Okay so WOW.  It has been a month since I last posted.  Who knew I could be quiet so long?  Actually I am still trying to figure out this entire pain and pain perception thing.  I was determined to figure it out and thought perhaps writing a post about it would clarify things for me, but I don't think I am ready for that yet.  Things are still really foggy in my head where that is concerned. So for now I think I will leave it be.  Anyone who knows me, understands this 'leaving something be' is a HUGE step for me.

I'll figure it out someday, and I have no doubt it will be a turning point for me.  But for now let's move on....

There was a question over on the Disciplined and Love forum last week: " Do you believe the introduction of DD can save a failing marriage or relationship?"

Through and interchange with another woman, I began to formulate  an analogy of mine and Barney's first (almost) 2 years of this. Seeing how I don't seem to be writing much this could very well be my 2 year post LOL. ( That isn't until October)  Yup....it's 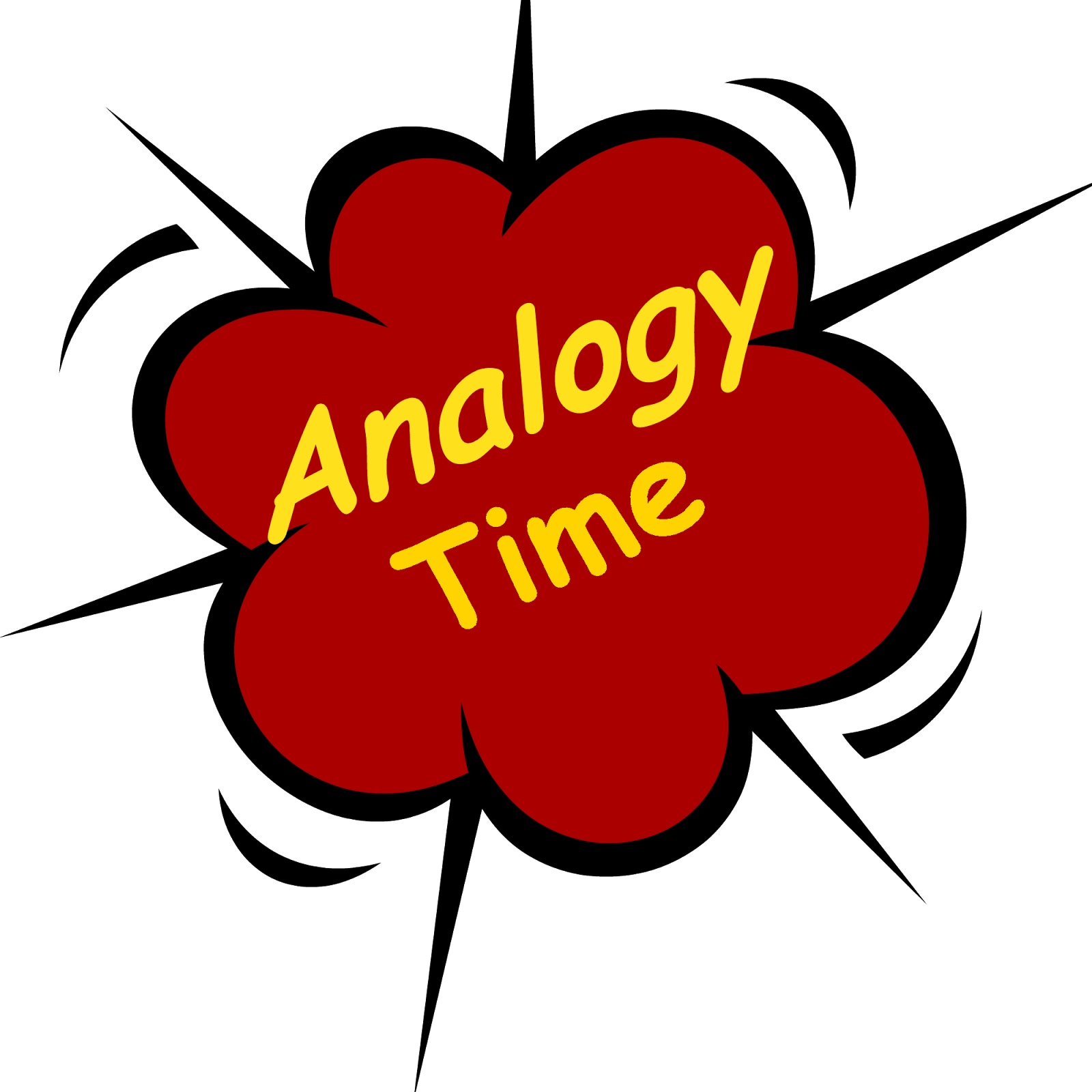 All kidding aside, before I begin, I want to make sure that everyone understands I am only talking about Barney and myself.   In addition if anyone has experienced the analogy loss that I am using, I am deeply sorry and I do not mean to make light of the situation. 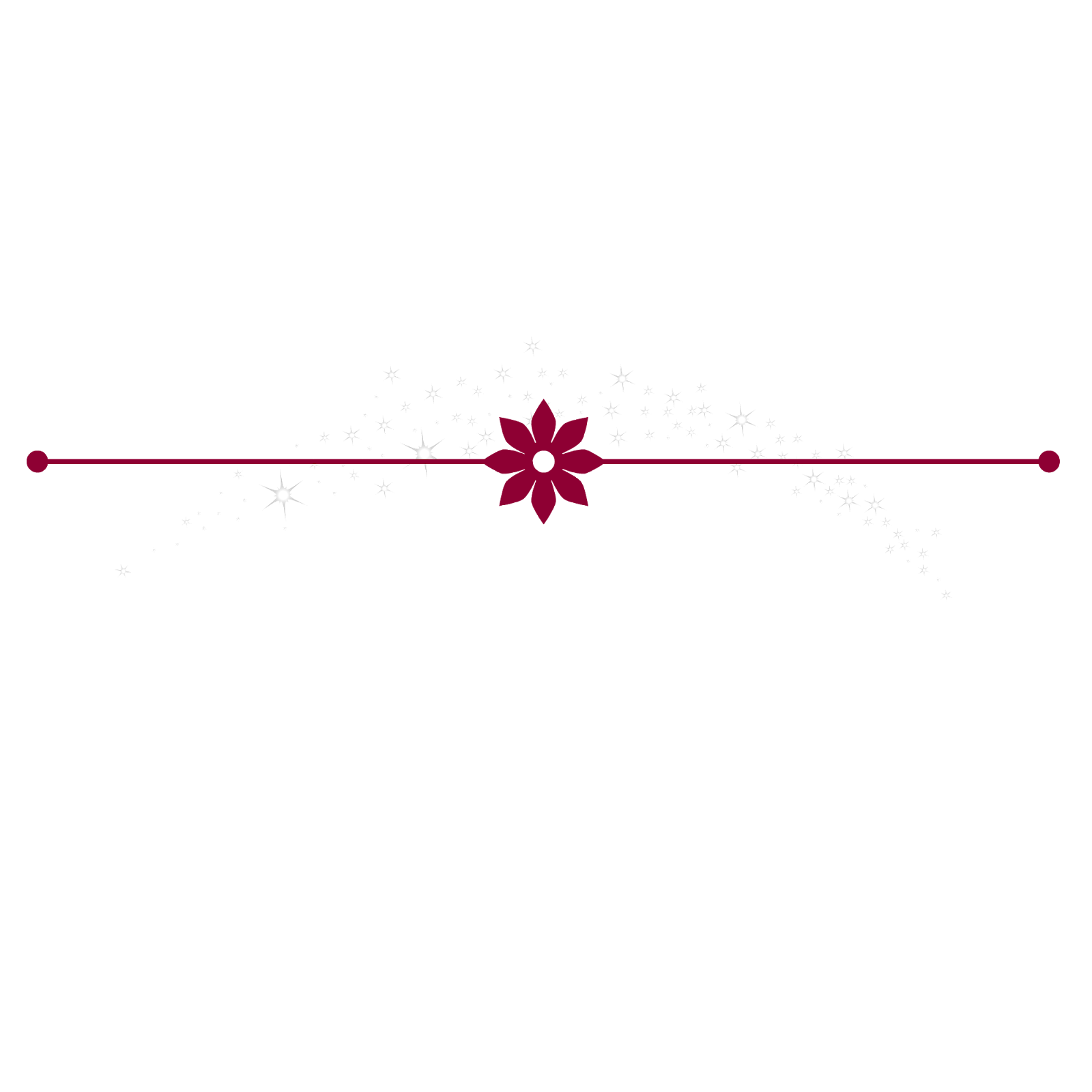 Several months ago a friend of ours had a house fire.  The fire started at the back of the house.  After the fire was extinguished, the front, to the outside world showed no damage to the exterior.  The frame was still in tact.  The siding looked perfect from the street.  Neighbours would never know  the house had sustained such damage, unless they went inside. 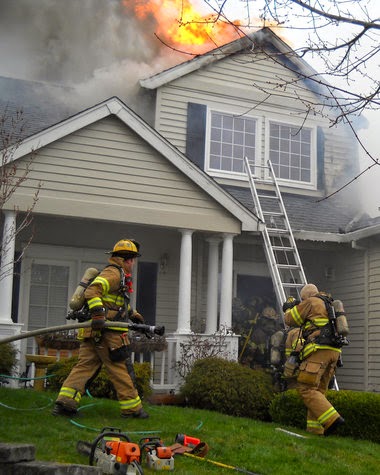 In some ways, many, this was us prior to Dd.  But in more ways this was us DURING Dd.  At least for what seemed like a very long time.  To our face to face friends the exterior was the same.  We might not have used the front door often, ( oh that almost sounds dirty) to venture further from our house, but for all intensive purposes the house remained standing, as always.  Inside was an entirely different matter.

Dd in those first couple of months, okay MONTH, brought a spark.  I can't deny that. Commonly known as  the honeymoon phase.  A phase I tried so desperately to return to with such heartache when it didn't happen with the same brightness and heat as it did with that first spark.  The spark did  catch on though ~to the roof our our house!  Every time I thought , "This is just a little burn".  Every time we tried to walk away grateful that we learned to move the source of the destructive fire further away.  Or on good days put it out completely.  Somewhere around January of that first year, the interior went up in flames.  The fires had been smoldering here and there in the walls I suppose.  Instead of facing them, or maybe because we didn't understand what we were facing, we didn't. (One of the posts here.)

This friend of ours whose house caught on fire went out with us one night a couple of weeks later.  He was distraught about the fire, who wouldn't be, but more than that, he concentrated on all the good.  He had switched jobs a few months earlier, and admitted he still didn't know all of the people in his office.  He returned to work a week after the fire to find an envelope with money and a card signed by every person in his office.  Donations from friends, and offers for accommodations came from all over, and unlikely sources.  He didn't ask, people just stepped up.

In my analogy this happened to us.  People who I came to know, reached out even further to me.  To us.  Some said it was okay to let go and go back to your old life.  Some said they were sorry.  One told me that I must do what I feel is right, but once you take the lid of Pandora's Box it is very difficult to put it back on again. 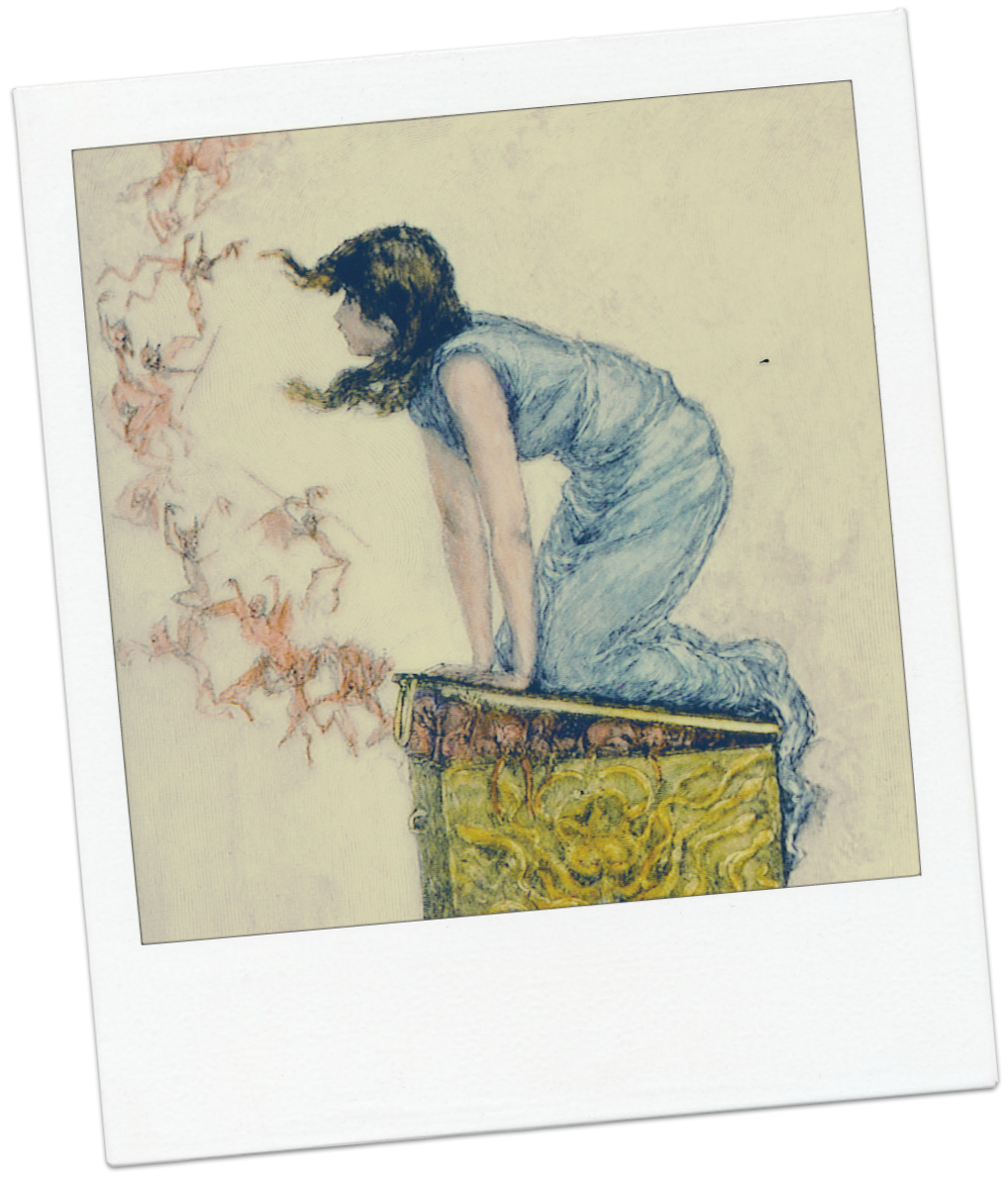 He was right.  I don't mean about the spankings, I think those could be there for us even if Dd was not.  I mean the way our lives had changed.  The way our communication grew.  The connections we formed.  Of course one could say, just hold on to what you learned and use it.  Some days I can't even seem to do that WITH Dd..LOL

Pat ( let's call our friend) turned to me in the pub we were at and said, " I stood there in my family room, looking at my kitchen and I kept saying, 'Pat it is all just stuff'.  Trying to convince myself.  Then I turned to my 50  inch flat screen tv - it had been reduced its rectangular support, and I thought, you know what it IS all just stuff".

When I wrote the " Hitting Rock Bottom"  post our house had burned.  All the good that Dd had brought to us was hidden behind smoke and water damage.  It seemed to destroy so many parts of our relationship at that time.  I didn't have it in me to look around like Pat and see that those things that were destroyed, were just things- stuff.  They were replaceable.  Unimportant in the grand scheme of things. 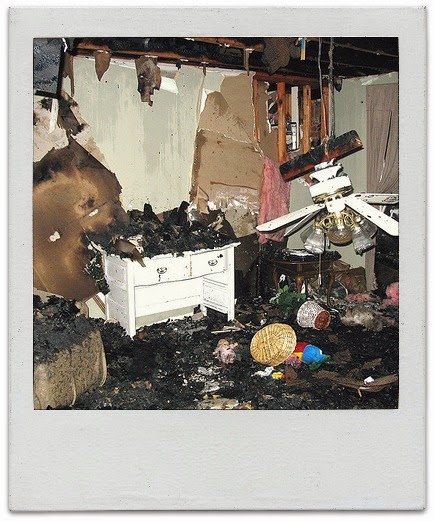 Before Dd we never really fought in the traditional sense.  We would go about our lives in polite detachment if we hurt each other; waiting for time to dissipate or deaden those feelings.  There was nothing to resolve then.  That first year of Dd, boy did we argue!  Only about Dd~  or so I thought.  Standing, and looking back from where I am now, we weren't fighting about Dd.  We were throwing out our insecurities that had been stifled for so long . Me being upset because he forgot to spank me when he said he would, or because he was doing it on a schedule so he wouldn't forget, was really " I want you to SEE me here.  I want to be important enough for you to remember me- my favourite colour, my allergies, my 4th grade best friend...whatever.  I WANT TO MAKE THE LIST.  Your List". 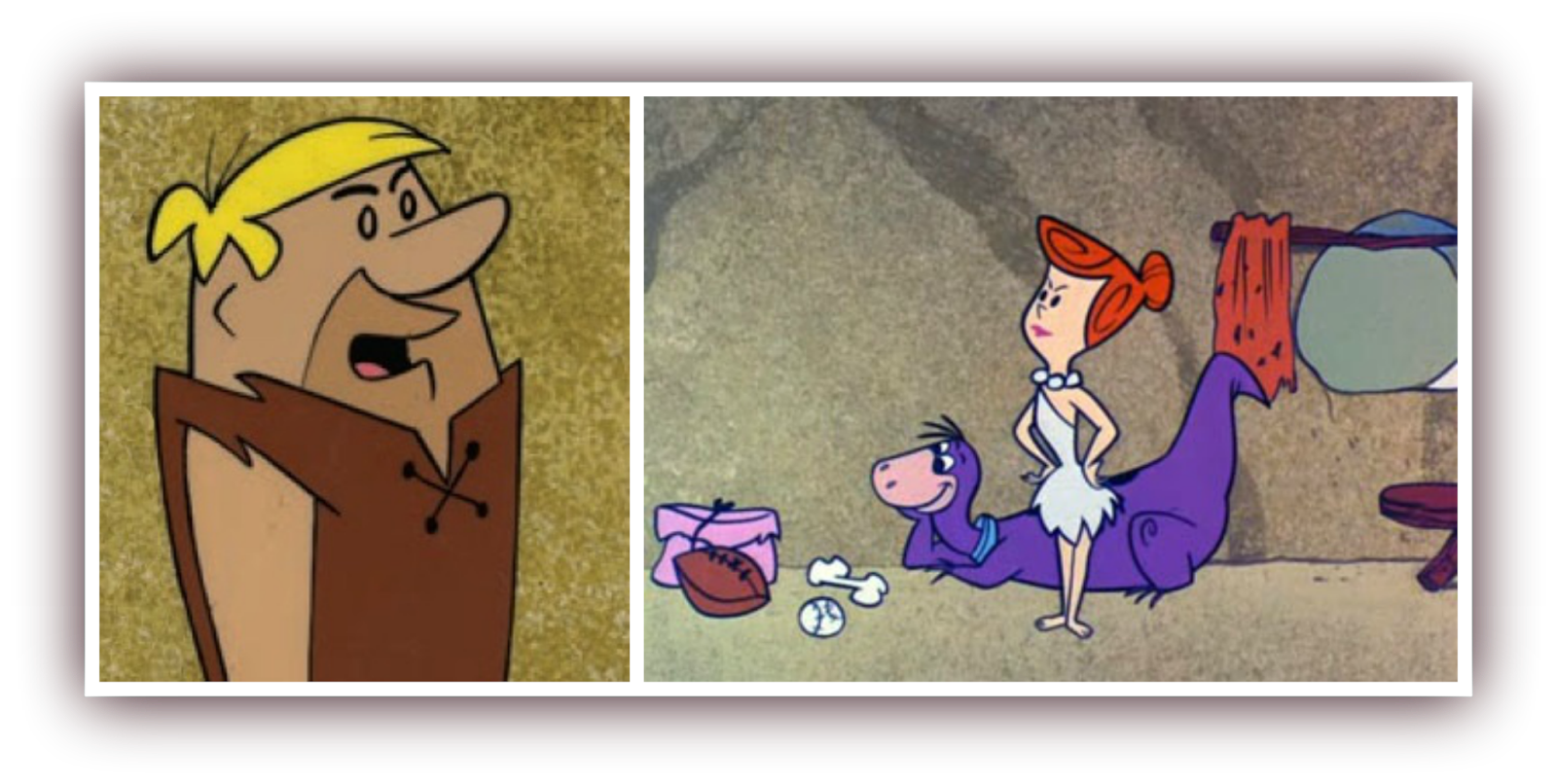 His 'forgetting' was the paralysis he had felt for years.  " I am going to do this wrong, and she'll be upset.  No point in even trying. She demands perfection .I don't like to feel uncomfortable. "  or " How can I spank her to regret?  This takes too long"  (She's not typical to read.  Other men have it easier).  I am not Ian ( or any other dominant HOH.) ...was really  " I don't think I can measure up to the men in your family, in your life, in your mind.  I am not like them".

At the time we didn't know.  We both knew that there was more than met the eye with these arguments and stumbles we continued to encounter.  We just didn't understand what they meant to each other.  " I want to make the list"spoken by me was heard by Barney as " You obviously don't love me like.... or you would remember."  " You aren't trying hard enough".  So much smoke and water damage.

I must have written dozen of posts about my reactions to our stumbles.  ( like this one ) and how my past contributed.  I just don't think at the time I knew the gravity of the hold my past had on me.

Our friend's house fire actually did start on the upper floor and burned it's way down.  Facing the problems of our past and how realizing they played a huge factor in our Dd relationship was similar.  The first beams that were uncovered were the ones near the top-things, issues, that either were more recent, or ones that appeared blatantly obvious.  As time went on, more and more was stripped away, deeper into the house the damage was exposed.  Beams that seemed to be exposed in the attic were merely the tip of the ice burg.  Issues in the structure, damage, wasn't only sustained from the fire.  Less obvious issues were things that actually a required closer look. 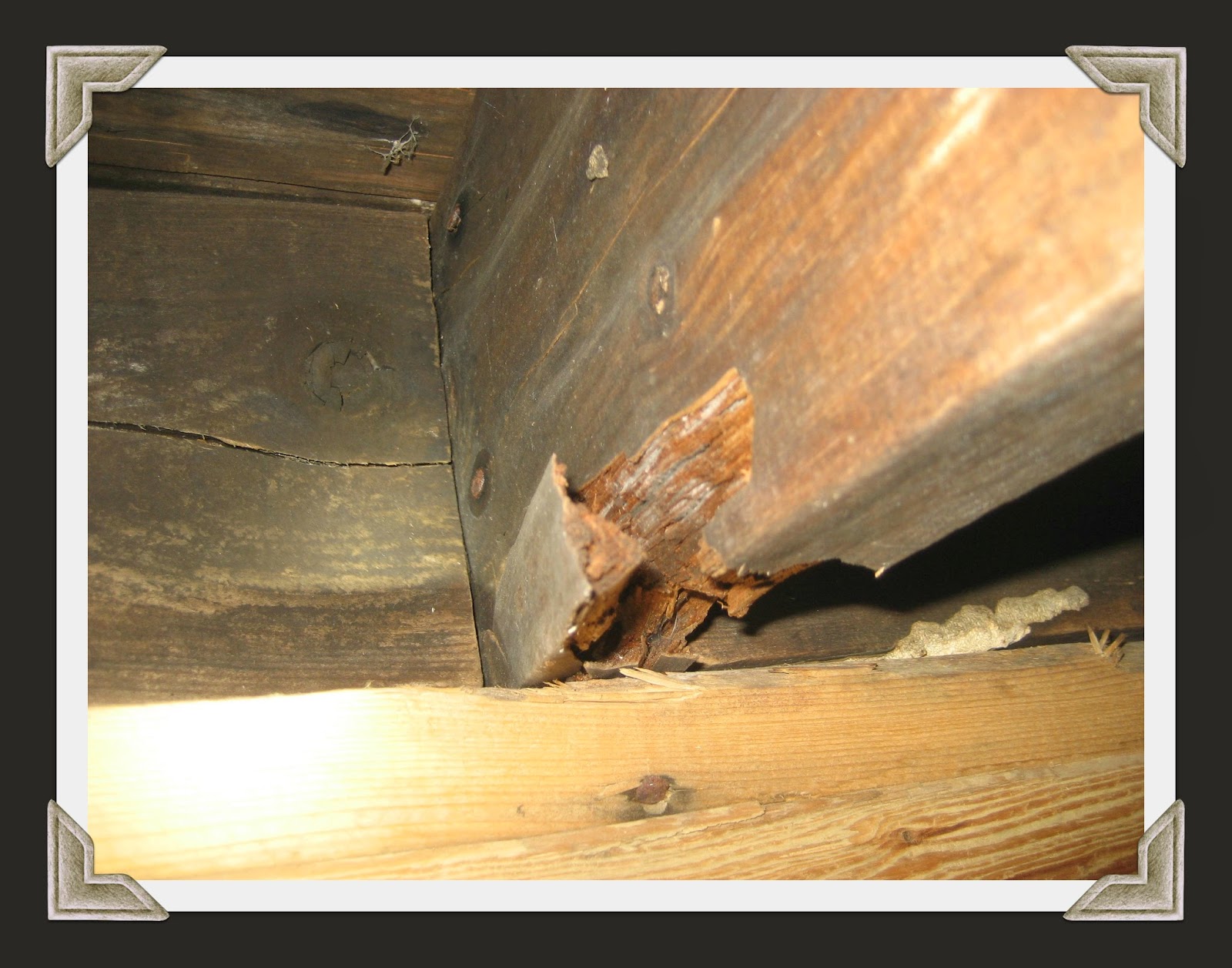 Pat was overjoyed that his basement, despite having a good foot of water in it, did not destroy some things he had been collecting for years,even before his marriage.  His jukebox and his old albums did not suffer the damage they could have.

Recently we heard from Pat.  The insurance company has decided that the house will be brought down to the foundation and rebuilt.  The future risk from smoke and water damage, mold especially, is too great  a risk  to just putt up drywall after the studs have been aired out.  Pat of course wanted to initially just have his house renovated because that meant his family could move back in sooner, however he concedes that this is the best course of action.  In the long run he will sleep better knowing that there isn't some bacteria growing on his supports.

Someone mentioned to him that they can upgrade now.  He said while somethings will have to be changed as the house is over 20 years old and those materials aren't available now, this was/is his dream house.  He wants much of it to be the same as before.  Only newer.

That is us now.  The 'fire' of Dd did bring down our house around us.  Unlike Pat, we needed it to.  We lived our dream life, a real dream.  We woke up. LOL.   If our interior hadn't been set ablaze would we have been happy?  Well we would probably have thought Dd wasn't for us.  The connection was strained.  We would have washed the soot off of the exterior of the house and tried something else.  Did that mean it would put an end to our marriage?  I am not entirely sure if I am honest.  I knew I wanted more from our marriage, Barney had not yet reached that stage.  Perhaps we would have found something else that triggered a connection.  You see we weren't rekindling a spark. I was too guarded even the first time around to breathe enough oxygen into the flames to keep the heat alive.

Dd did however gut our inside.  We found treasures in our basement just like Pat.  Things we cherished so long ago were protected, and we were rewarded for our diligence in that area.  Just like Pat, we look upon those things as GREAT treasures, more so than before the fire. We have a greater appreciation for what they went through and survived. 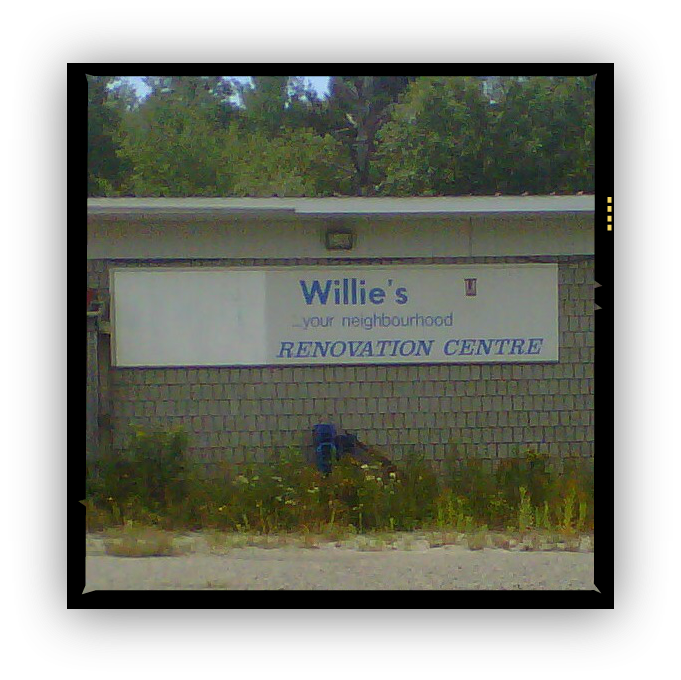 We are rebuilding.  In many ways our house is finished- in a way any house can be .(Let's face it, furniture still needs to be rearranged, wall colours changed, and new pictures hung).  The house has a very familiar feel , but a slight newness to it as well.  With newness comes some uncertainty and fear.  Perhaps a, " Is that door over 3 inches because now I keep walking into it?" instability to it.  However that is overshone with the comfort it brings being back in our old house-that is new. 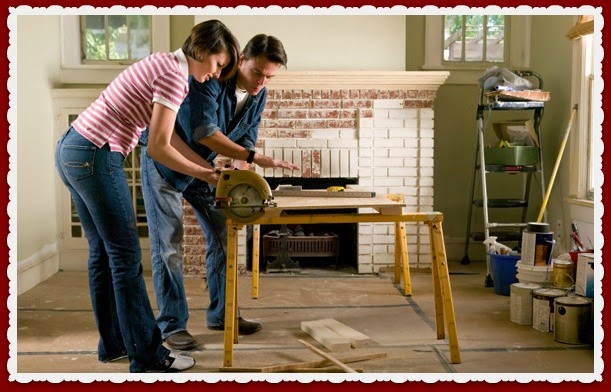 As for Pandora's box?  Well I think it might have contained a flame thrower for us! 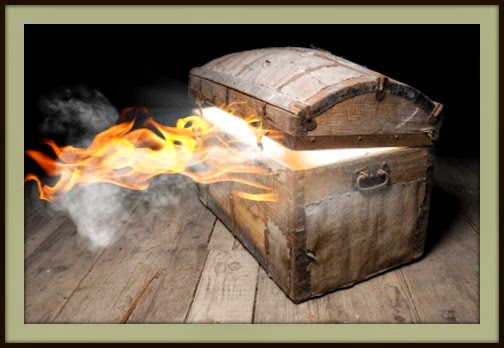