I am not entirely sure how I am going to 'pull off' this post.  I can guarantee you two things.  The first being that it will NOT be about a  melting submissive in a rainbow and sparkles, sexy Dd relationship.  NOW, don't misunderstand there are wonderful times that happen in our home, but there are plenty of blogs out there that discuss 'the wonder of ttwd' in hundreds of posts.  The second is, it isn't going to be a post about doom and gloom either.  This post is, well about ME..( ....and we've lost 10 of our 15 readers .LOL)

So many things happened last year, within the context of our relationship, but also externally.  I was counting the days for 2015 to be a page in the history books. An odd thought really, that switching from 15 to 16 was going to make any more difference than sunrise on any given day.  While I was pondering why I thought this would bring a monumental change in our lives, and being annoyed that by January 3rd it hadn't, I decided to focus on what I could positively take away from 2015.

Out of great adversity can come some great discoveries.  Okay well I didn't discover oil or anything on our property that would make us rich, but I discovered a lot about myself.  Actually that isn't accurate.  I allowed myself to not only SEE myself, but as I say to my girl friend over and over again, I have let it 'settle in my bones'.

Phew...Here goes nothing, (but this really won't be the bulk of my post I promise).  I. AM. SUBMISSIVE.  Sure, sure, big deal right?  No HONESTLY.  I find 'here' many spit that word out like it is something to be ashamed of or on the other side of the coin, like they should wear a giant S on their chest.  I don't believe either.  I am short. I am somewhat entertaining, I am creative.  I am submissive.  It is just another one of my traits.  It doesn't make me better. It sure as hell doesn't make me weaker.  It is just who I am, no disclaimers.

Now of course many would be thinking, "Um Willie you have been living ttwd for over 3 years and you just figured this out?"  Yes, and.... NO.  I mean I don't DESIRE to be submissive.  I. AM. SUBMISSIVE.  Moreover I OWN my submission.  What does that mean to me? It does not mean that it is a gift I am giving.  It means that I take responsibility for it.  Does that mean I don't need my husband?  Not at all.  It does mean however, that regardless of what he says or does, my submission is ME.  What I project out at times, however, can be an entirely different situation than what is going on inside.


So why is that?  Well I don't NEED his dominance to BE submissive BUT his dominance is a sign of his acceptance of my submission. His acceptance of me.  Many of you know I brought ttwd to my husband.  Yes, I wanted more connection with him, but even in my first few posts, I discussed how I needed help being me. Looking back that woman had no FREAKING clue what she was going to face, but the reasoning is still the same.  I needed him to be in charge, but as time as gone on, things have evolved greatly here.  Or maybe I have. I'm not sure.  I  often joke with friends, quoting the Good Witch from The Wizard of Oz,

" You've always had the power my dear, you just had to learn it for yourself"


And nothing is more true in my case.

Before meeting people beyond the Dd realm of things, I had the misconception that D/s was about kink and the bedroom.  I suppose it can just be about that, but it isn't exclusive to that. A friend actually LAUGHED at me when I referred to us as 'trying more D/s stuff'.  I won't quote him because this was a year and a half ago, but basically he told me nothing more than, " You have always been D/s".  I had to think on that, a lot. It is true.  Barney ask/tells- I do.  I do if he is home.  I do if he isn't.  Am I perfect?  Are there times where I jump on the counter instead of getting the step stool?...Pfft!  Are you new here?  (Whoo hoo what a rush!  I'm kidding). But for the most part in our relationship's first couple of years with ttwd, there were not consistent consequences to my actions.  Save one.  ME.  Why then would I do all  most of what was asked of me if  I didn't 'fear' my husband's reaction?  ME.

So why do I need to be punished?  Why do I need to be reminded?   INSECURITY.  While all of this submission stuff has 'settled in my bones' and I realize it is who I AM, it doesn't mean I am always COMFORTABLE with who I am.   Barney's dominance,Barney's 'special' attention, does bring a greater connection to us.  Sure I feel special. loved, cherished, rainbows, sparkles..etc...but truthfully a great deal of that was there before, I just wasn't able to see/feel it.

I don't require my husband to tear down walls anymore. 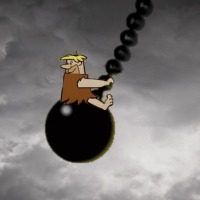 Trust me those are gone, and some days what I wouldn't do for a good wall to hide behind!  More on that later.

His dominance is like a seam ripper to the cloth of insecurity I wrap myself in.  Without him being dominant, I am still submissive ( and no not always in actions, but in my core).  Nothing can change that, but plenty can suppress it.  Without his dominance, I begin to think, or create stories, or see things that aren't there. Insecurity starts and those voices of public opinion, of  weakness, of abnormality, REJECTION, get louder and louder.  His attentive behavior to my needs, tears the stitching of the insecurity blanket I am creating. 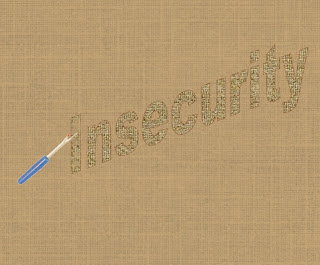 I should probably stop there and make two posts....but I'm not GOING TO! 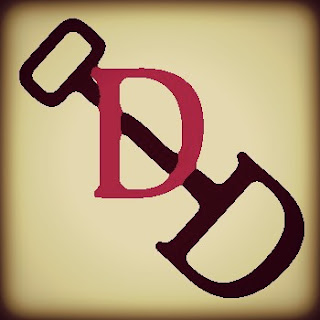 The major 'issue', both Wonderful and Heartbreaking this past year was and continues to be my vulnerability and adjusting to life with it.   Looking back again to when I first brought ttwd to Barney, the night I finally found the courage to hand him the BOOK I created- that was the first openly, obvious, hit you over the head, vulnerable act I had done in ...well I am not sure how long.  As difficult as that was, at. the. time. ,it pales in comparison to actually LIVING vulnerable.  Of course it had to be done, to get me to this point and I can't dismiss the importance of that first vulnerable discovery to my growth.  But looking back, I almost blindly discovered it. 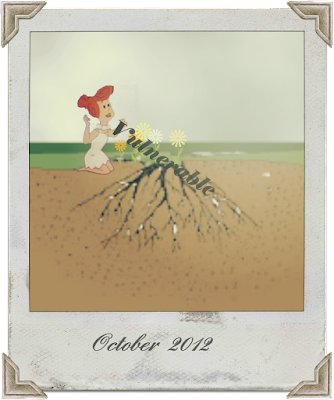 As time went on I suppose my vulnerability grew.  Or at least my perception of it did.  I am beginning to wonder if what I felt before WAS being vulnerable?  If it was, then perhaps there are varying levels of being vulnerable.

Let's go with that theory for today 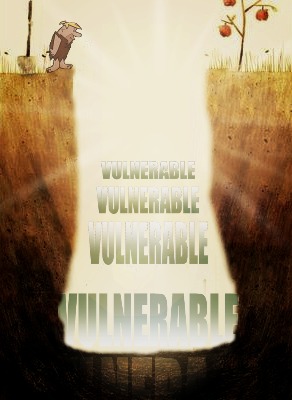 I created this graphic because this is how I feel I have evolved to where I am at the moment.  I was 'small' vulnerable before. As time, situations, resolutions, discoveries,  happened, being vulnerable grew. It stayed longer. But moreover I didn't realize there was another 'level' laying beneath. The colours are darker at the bottom of the first 3 vulnerables, because each time I thought I had gone to the bottom,`the foundation of this 'being vulnerable'. The last fully visible vulnerable, indicates how I see it now. Where I am now.

I am pretty secure,( I think, maybe, kind of) where I am with being vulnerable, hence the dark colour at the top of the word.  But in reality, the deeper I go,the more steps I take, the more I dig, the more I can't see the rest of it.  There is such an unsettling, wonderful, terrifying, enlightening, terrifying, feeling to it.

I am going to do something I swore I would never do, post a definition.

"Vulnerable: susceptible to physical or emotional attack or harm."


That is the BIGGEST understatement I have ever read in my ENTIRE life.

Being this vulnerable trickles into EVERY aspect of my life.  I am not really referring to being anxious and masking it as being vulnerable.  Or at least I don't think I am.  Remember that  I. AM. SUBMISSIVE. 'stuff' I wrote of earlier?  Laying that out internally was huge.  The realization that I AM THIS, that with ttwd or not, I am SUBMISSIVE is an extremely vulnerable realization. There is no choice in the matter.  Let's face it it isn't the 'norm' .  I am not talking about people finding out.  I mean holding a mirror up to yourself and no longer seeing anything but YOU.  It is terrifying.  It is wonderful.

It is confusing to explain, and lonely if you can't.

How to do you tell your husband how empowering yet raw existing in a constant state of vulnerable is?  That is perhaps  the difference here.  Before I had vulnerable moments.  Now it is part of me.  I am naked.  I am free and in the right hands it is wonderful, but my reaction is still to protect, only I can no longer do that. In the past 6 months I have taken to hiding LITERALLY.  I have been terrified that if my husband touches me I will crumble to dust. Terrified I am not strong enough to be this 'weak, and certainly not alone.  Dramatic much?  At times I have felt I had been held together with nothing more than rice paper. 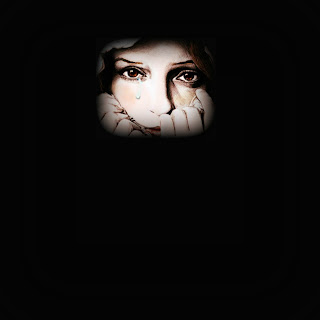 I have hidden it the bowels of our house, in the dark.  Not WANTING to be discovered.  I no longer run to be chased.  I  have run in the hopes it would protect me.  It doesn't.  My insecurity voice just gets louder when I am alone, yet I feel safe because no one can add to it either.  Words spoken by others cut, especially from my husband.  Overly emotional, irrational come to mind here.  But I guarantee you what he says to me, though it echos in my head, pale in comparison to what I can think about myself.  ACCEPTING vulnerability isn't for the faint of heart.

Hey doesn't being THIS vulnerable stuff sound great?  I admit I have a few kinks to work out that is for sure.  The biggest is allowing my husband to see this 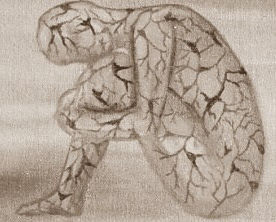 I have uttered phrases in the dark, that have surprised both myself and my husband over the past while.  " I don't know how to be "  It is like every nerve is exposed,  I know I am supposed to embrace this.  At times I crave accepting this more than just about anything, at other times...well 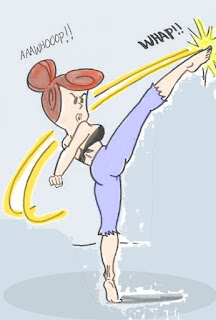 Despite what I have written, I am not broken.  As said many times, it is something I am terrified to live with but terrified to live without.  I now lean much closer to terrifying to live without it actually.  I just have to adjust, and hopefully explain to my husband in a way he can fully understand.  He tries, don't mistake his words.  I know I haven't painted a picture of living vulnerable to this degree very well.  It almost does seem like doom and gloom.

Maybe I should have just said, it is like taking that first breath through your nose after using nasal spray.  It stings but it you can get so high on all that oxygen.