A great deal of this post was inspired by two things: my conversations recently ( pfft ALWAYS) with other submissive wives, and seeing Menopause the Musical.

Why Menopause the Musical ( by the way if you have the opportunity, go and see it!  I laughed, actually laughed for 90 minutes)?  because at the end of it they tell you ( no spoilers don't worry) to share your stories with each other.  Be there for each other. Every woman goes through some of this, so why not talk about it!  The same can be said for struggling in  ttwd. 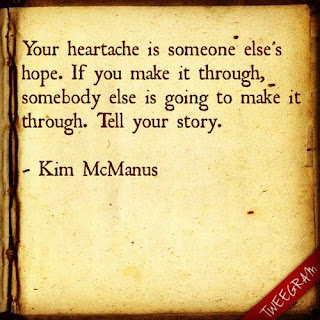 While our struggles are as diverse as the couples who live ttwd, some tend to run through many.Consistency on BOTH sides of the coin comes to mind.  It can be a pretty typical conversation on any given day among the women of ttwd. I have come to believe a number of struggles seem to mask themselves as consistency.  Have you ever wondered, 'why now?  Why is consistency and issue after all this time?'  or " why has his/her approach changed after all this time"?  To me the struggle may APPEAR to be consistency, and obviously to a degree it is, but really it might only be the symptom not the cause.

Let me give you an example from our lives.  Last autumn I had an experience.  I am not entirely sure how to explain it really.  In the interest of keeping this brief, and not to bore those who have already read about it, I reached a new 'level' within myself.  I felt wonderful and free.  I did however seem to need my husband more than ever.  I know sounds like such a contradiction.  Anywho.  I felt amazing, a little off balance in someways at times when I felt things were moving us away from my wonderful feeling-my husband?  Well he felt pretty good too, and then he didn't.  He didn't because my reactions seemed to hurt seem to echo those reactions and emotions that I had experienced at the start of ttwd years earlier.    Of course being the 'long time' Dders that we were, why would we communicate?  LOL.

I kept thinking, why doesn't he just go back to doing what he used to do?  There were a few times when he really stepped things up in the D/s department.  Those times we seemed to be heading right back to the place I longed for.  The Dd aspect (ie punitive measures) still seemed to be in tact.  In fact if I said it once, I said it a hundred times, the Wilma from 4 years ago would have been over the moon with the consistency of punishments ( well you know what I mean!) we have now.  That Wilma however is long gone.  Don't get me wrong, punishments have their place in our relationship, but it is the other aspects of D/s, the between that keep me where I need to be.

You see at the surface this is a matter of consistency.  Why does he not consistently demand 'his things' anymore?  Why won't he just tell me to xyz like he used to?  Why is he..........COASTING? Ahhhhhhhh but there is the real question...WHY???  He isn't being consistent for a reason.  WHAT is that reason?  I'm not a slow  person, I knew that.  I asked him many, many times, " what has happened?  Why have you changed?  Why does it seem like you forget our conversations? Why can you seemingly have no issue in punishing me, SEVERELY , yet telling me to submit in other ways no longer enters your mind?" ( yes , yes a lot of YOU statements). Aside from the " I am afraid of your reactions" I got nothing from him.  And before you start blasting me, I worked very, very hard at changing.  Too hard actually I began to suppress again.

While Dd still continued in our house the more D/s aspects came and went.  And even when there were 'here' they were not like they used to be.  Sure there were pockets of them, times that gave me great hope we would return....but then poof!

The whys are not really my story to tell, and in part Barney is still working a great deal of them out in his mind.  Suffice to say a small aspect ( or maybe a large ) had to do with his acceptance of him enjoying his role as Dominant.  Before it was for MY benefit...and then the benefit of our relationship...now some of it is strictly for his.  He said " Ttwd has put a mirror in front of me and I don't always like what I see".  At first he used to say  it was because he realized he was selfish ( he's not).  As time has gone on, we have talked more about this and it has a great deal to do with his acceptance of himself and his like of certain aspects of D/s.  Trust me when I tell you this is still very much a work in progress.

All this to say, while consistency appeared to be the cause, it really was not the root of the issue.  It was a symptom of his personal struggle, and still continues to be. Some things aren't as easy to figure out or over come anymore like ( I remember )they used to be the first year or two of ttwd.

A great deal of this I wrote about , but then stopped for fear of sounding like a broken record.  In all honesty I felt like people would be thinking, "oh for goodness sake what is she whining about this time?" or " why can't she just be happy with what she has?"  or, " maybe she should except that this isn't him?" .  The truth is none of those things going through my mind at the time should have been.  I think many of us fall into that trap, doing the thinking for others that is. I knew in my heart then as I do now that I wasn't whining. I was genuinely perplexed, this IS him. I have seen it.  I have seen him flourish in it, and I don't have to accept what isn't completed.  We have gotten to the point in our relationship where I know it is possible.  I have felt it.  He has witnessed it. We just needed to get to a place where we both can embrace it again-guilt free.

So then why did I stop writing?  I don't know.  All I do know, when I talked to friends about different aspects of our struggles in conjunction with theirs, more often than not I hear, " why doesn't anyone write about this?"  or " I thought we were the only ones who dealt with this"  or " that makes sense, I never thought of that".  When I boldly suggest they write, I often hear, " So I can hear, 'it will all work out', or versions of 'just be happy with what you have', 'communicate' or worse NOTHING at all. 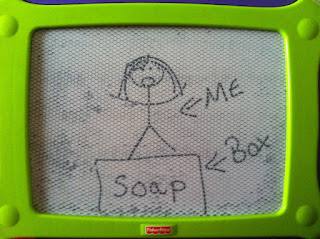 I can't think of a greater comment on a post than, " I understand",  " you are not alone"   " you are normal", or a simple " thank you for sharing"  and then give a bit of your life to the blogger.  Show them you understand, that they aren't alone, that they are normal.  Bring it out into the open again.  That is how blogging used to be, and is still in some areas.  Embrace your struggles!  Share your struggles.  Be brave.  You are not alone, and you'll discover that. 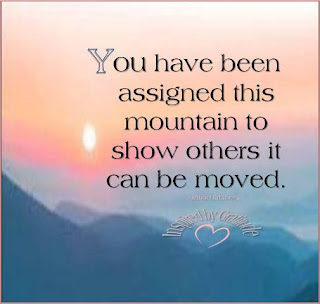 As for the  second part of my initial statement, the women of ttwd,  I know many of them, and I have been there myself, cannot read in blogland or on forums when their relationship/dynamic seems to be on hold or struggling.  Many feel out of place.  Many long for what others have.  But I say Embrace The Struggle Ladies...and write.  Write for yourself and write for others.  Because I can guarantee you for every happy 'story' you read there are many behind that are struggling or have had a similar struggle.( And I am by no means not saying to share the happy, but if you share the struggles your happy becomes a community triumph... we are great cheerleaders!).

There is NO shame in struggling.  It means you are not staying stagnant, even if it feels like you are going backward. It means you need more from your partner, your relationship or yourself.  That is not a bad thing.  It isn't failure on anyone's part.  It is growth!