A Well Placed Hand and a 'Misplaced' Request

Our reset started much like any other, as the threat of being interrupted is too real now. There was "no hanging from the ceiling' in grand form, but rather over the wedge in our room, ankles strapped down for my benefit more than his.  My arms were left free, so I placed them in my usual position, tucked under my torso.

He began with something that wouldn't allow my brain to compute. Still not learning the art of keeping my mouth shut, and because really what harm could it do?  I mentioned it.  Momentarily he switched, but was not deterred.  He began to speak. This time it was different.  I cannot really recall most of what he was saying, but I could feel it was different.  ( There was no internal eye roll on my part today). I remember he didn't make promises or declarations of things to come.  He did comment on us, on me, on his need.  None of which had me melting away, but it also didn't have drifting away either. I was there.  Present.

The clock ticked away as his varying implements of choice rained down upon me. Everything within me fought it physically, but mentally I tried so very hard to just be.  I could not tell you how long I was there before it happened.  His hand found the back of my neck, " Head down".  He held me there, though not roughly.  I sunk into the mattress below as tears escaped my eyes.  I was starting to let go.

Like most of our resets, the battle of physical pain and emotional release would soon have me in a different place again.  Again he was not deterred.  I bucked, I pulled, I lifted my head.  Something in me was disappointed.  I suppose I believed he was only in the moment, and the moment had passed concerning my head.  After about 10 minutes a well placed hand came down on my neck once again.  No words exchanged this time.  Once again the battle raged within me.  Up came my torso as he struck with vigor. .  " Head down", as he moved my sweaty hair to expose my neck.  I am not sure how much time has passed before he said it again.

As I kicked, and bucked and basically did the Dd version of Lamaze, I didn't feel angry, but I did feel torn.  One minute I was ready to let go, or hoped I would be the next I was lost.  It was then that he walked to my side, moving my hair once again.  He gently, but firmly took my wrists, and pulled my arms out in front of me, " Keep them there. Do not move"  His hand found my neck, " Keep your head down".  From that point on I submitted.  His words were my restraints.  It wasn't easy but I would not fail.  Freedom began to come from it. 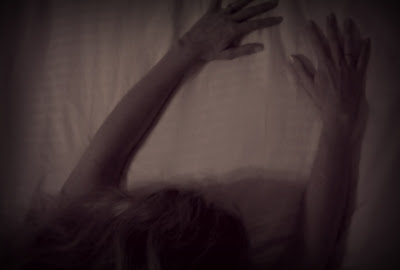 ***it would be lovely wouldn't it if I could end it here?  But would that REALLY seem like
Willie ?***

Determined he continued his quest to unearth me.  To set me free.  My mind vacillated  between concentrating on my position as the pain continued to intensify, to my thoughts as I succumb to it. He spoke again, and this would change the entire experience.  " I will not stop until you tell me to....BEG me to, and even then I will decide if the time is right"

While for some this may sound incredibly 'Novel worthy', for me it created a turmoil I didn't know how to deal with.  By this time Dexter was in full swing.  I was being spanked over the remnants of another reset.  It was not an easy go of it physically.  Mentally I felt a pressure to get somewhere else for both our sake.  Those words took me from the journey of letting go to critical thinking mode.  Physically I wanted it to end 30 minutes prior, emotionally I knew it wasn't time. My mind struggled with the masochist word yet again.  What would it mean if it was this intense and I couldn't ask him to stop because it wasn't time?  Why did he give me this 'power'? ( That by the way was not his mindset but it was mine).  I cried...I chanted under my breath, "...no.....no....no..."

He asked me why I was crying?  " Do you know why you are crying?"   My instant reaction was to shake my head no.  With in seconds I whispered, " Please don't ask me to do that" .  He continued to ask for clarification, which I wasn't able to give at the time. He didn't understand why I would ask that, and to his credit just said, " Okay, but we will be talking about this later. When you are ready"

He continued. Ever so quietly I began to chant 'stopstopstopstopstop' That word became by breath. I focused on my arms and head. I focused on being present and feeling each strike in order to let go.  Periodically my chant would stop and the thought of 'why can't I just let go?' entered my mind.  I tried to set that aside as I know from experience it wouldn't help.  Soon I focused on the colours that past through my line of vision though my eyes were closed.  From past experience, I know I can sink into those colours if I let myself.  My vision was becoming smaller and smaller.  His strikes becoming more rhythmic again. Until, until they were not.  I shot up like a bullet, " STOP!"

He stopped, " Too low.  I'm sorry". Once again I cried.  Perhaps because the destination had vanished right before me, but perhaps more so because he would actually stop.

He started with a light tapping.  In the moment I could have sensed tentative, but he wasn't.  Soon we were back on our way. He was not deterred.  After a while he switched to yet another implement.  One that was lighter on the skin but not less painful.  I could feel the far reaching effects of my spanking ( Dexter splash anyone).  In the past that would have had me afraid, or at the very least distracted.  I moved back to my hands.  " Don't move them" I digested.

Once again he became rhythmic.  I sensed he was drifting away.  I began to fall into the rhythm.  I concentrated on becoming heavy, or I should say focused on the feeling that was coming over me.  From behind I heard something about switching implements.  I shook my heavy head, slowly. Soon his was by my side, once again revealing my face from behind my mass of hair.

I knew why I wanted him to stop, I just couldn't voice anything at the time.  I was afraid.  Not of the pain, not really.  I was a ways away from a different place, yet I wasn't in a bad place at that moment either.  My concern was a new implement would have me resisting again.  I knew physically he wouldn't allow me to go on much longer.  I didn't want to end up in a place that was difficult to return from.  Though in retrospect I should have trusted him to 'take me on'. I regret that now.

He stopped.  He told me to remain there, though my ankles were now freed.  He went about the business of washing walls cleaning up.  In a supposed act of kindness he retrieved a cold cloth, and burned me wiped me down.  Within minutes I was shaking uncontrollably.  He covered my legs with a small towel leaving the rest exposed.  When that didn't work, my shoulders were covered with a throw.  I still had no real voice.  Eventually it roared out (not really but under the circumstances it felt that way).  He clued in and got off of the duvet HE was laying on and covered me up more.  I continued to shake for a few minutes more before nodding off for a moment.

We then discussed how I was.  I explained to him how his question made me feel. I shared what was going on in my mind during the time, and also how this took me into critical thinking mode. He explained that was never his intent~ to give me control in anyway though he could now see how I would feel that way. He also recognized the critical thinking mode subject and acknowledged without prompting, that we had discussed this in various forms before.  Noting it wasn't good for me at this point, he apologized.  In his mind he was asking me to submit to something that might make me uncomfortable.  He was still very much in control as he was going to be the one to determine when we stopped.  He then conceded that how I interpreted the question, even though it was not his intent, was what was ultimately important.

All in all can I say this reset was a success? Depends on your version of success I would suppose.  I will say it wasn't a failure.  After all there was a well placed hand, a better understanding of me, of self ~ despite or because there was a misplaced request