What is Pain to you? (Another submissive writing exercise)

Barney gave me another writing assignment as a reflective, submissive exercise. I have to admit this was initially a bit of a challenge. I stared at the question for quite sometime trying to figure out exactly what he might be looking for. Before he left for work he said something about very loose perimeters as far as this assignment went, and I took it to heart and ran with whatever came to mind.


* I have to admit it was a difficult decision to share this post. Not so much because of the content but because of the discussions  we had after B read it. Barney started our conversation with, " It is not what I expected but it is still good"- or something like that. Well I lost it. Not yelling and screaming lost it. I closed up. Then he lost it. As I stated, when initially giving me this assignment he told me I had very loose perimeters with the subject matter. By commenting that it wasn't what he was expecting I felt initially robbed of that.  But there was more to it.  It took a while before we came to that understanding.

After calming down B returned and apologized to me.  He put into words what I was really feeling before I could ( I was still upset over the 'loose perimeters' that weren't in my mind). He basically said, " I know your goal is to always please me and I have to be more attentive to that when I talk to you.  I am not disappointed in what you wrote.".

I thought back to other times I had similar reactions in a discussion. It was true on so many levels,I really don't like not providing what is expected of me or having him and others  who I respect disappointed in me- but there was also another layer to that. Those who read my comments on other blogs can attest, I tend to see things very differently than others, (thank you dyslexia). Most times this is a very good thing, but it still always makes me feel like a fish out of water.  Earlier in the week it was pointed out to me on a blog I had commented on.  So B's comment was adding insult to injury.  Just like the post where  I had put my comment on, I reread B's question several times.  I couldn't for the life of me see where I had errorred. What I had missed.  Couple that with not living up to his expectation, after putting myself 'out there' for him it was basically soul crushing.

And if I am to be honest, brutally honest, I am still not over my feelings on the matter.  Yes I *am* insecure when it comes to writing, especially because I am now unprivate again and many of my longtime readers are no longer. I am forever second guessing my comments and posts because they seem so out in left field compared to others. BUT this is who I am and there is only one way to get over those demons and that is to plug on! (no pun intended)

What is pain to you, physical, and emotional?

I am going to assume you mean within the context of our dynamic and not me stubbing my toe? 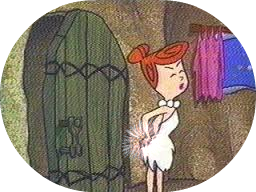 Physical pain administered within the context of our dynamic is the exchange of power in the highest, yet also most basic form. Physical pain, once accepted is the emptying of the mind. It is the restoring of power. It is the ultimate surrender to a dominating force. Pain not only empties the mind, it breaks down walls, and secures the submissive heart. Depending on why the pain is being administered depends on what it does to me. I am not often one who needs the pain to release the guilt. I am more the one who requires it to restore the balance of power in my mind- or at the very least start that process. In addition to restoring the balance of power it solidifies to me that whatever has occurred is truly important enough for you to make sure I have felt your displeasure 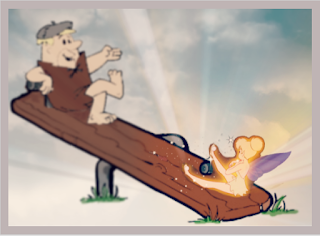 Pain ( Merely one way pain is administered. It doesn't always take this form) 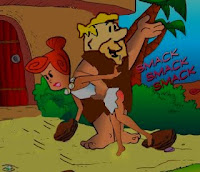 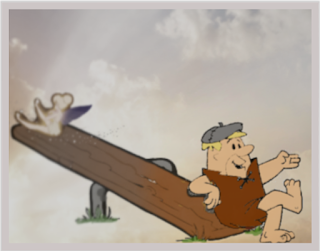 It is the exclamation point to your words. I wouldn't say that pain alone is the deterrent for not repeating offences, but the fact that you administer it brings an air of authenticity to the significance of our dynamic from you and shows your desire to keep us in our designated roles. In some twisted way the fact that you physically dole out pain if I am not being submissive, in action, attitude or words says to me that my submission is as important to you as it is to me and that neither of us should expect any less. 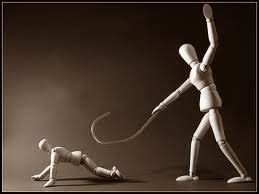 Physical pain for your pleasure is entirely different, yet it isn't. There is a power exchange occurring but the context changes the emotions during that exchange. Currently, I still need to be informed when I am submitting to pain for your pleasure. Physical pain often manifests itself in anger which can have my head swirling in countless directions. Knowing in advance that my pain is strictly for you helps me channel more helpful emotions which dull the anger response that comes from the biting, instant pain. While I don't enjoy that pain, the fact that you do and the fact my submitting to you for it (eventually) instills a bit of submissive pride in me. I did say eventually. If you stop before I can reconcile my anger response to the latest strike- well eventually might come after more snarling and snorting...lol


Emotional pain is the worst type of pain I can experience anywhere, but particularly within the context of this dynamic. Since starting ttwd a great majority of old walls have come down, which is a wonderful thing- yet it isn't if emotional pain arrives. Without these old coping mechanisms that are not, the emotional pain is quick, raw and often lingering. I have no choice now but to feel this pain as I cannot seem to suppress what I used to. Often the emotional pain can manifest itself physically if left unresolved or at the very least it can cast a dark shadow over many areas of our lives until it is.

Emotional pain to me is the catalyst for attempting to return to my old ways. It is the catalyst for shutting down, and shutting out. It turns down the volume on my submissive voice and sends the negative thoughts to 11. ( Impressive that I can use a SpinalTap reference in a Ds submissive exercise!). Emotional pain snowballs into areas it has no business going, yet it does. It sends out signals of distrust. 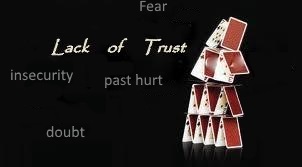 It creates a force field constructed of anger to keep others at bay and to protect whatever is left behind it. Emotional pain feeds itself on self esteem. The longer it is experienced the more damage it creates. This type of pain can multiply and spawn emotional self harm. Experiencing these depths of pain can set our dynamic back to a point where the good has been temporarily forgotten. Its effects can be farther reaching in comparison to any physical pain- especially if ignored for a period of time.

Often understanding abates emotional pain, but given the opportunity physical pain can stop it in its tracks before it has a chance to create more damage.
at 8:45 AM