Tell Me About: Resets

I've never actually participated in a 'prompt' that I didn't set out with through discovery of my own.  I am usually moved to write rather than prompted so we'll see how this goes. ( And as usual I am late to the party)


This prompt, and reading others posts concerning it, had me thinking about how resets have changed over the last 8 years.  Or more accurately how I now perceive what a reset looks like.  For those who are unfamiliar with us, we came to TTWD D/s via Dd.  In the beginning Barney would notice that my attitude of sweet little submissive wife started to slip.  My tone became more curt, my responses short.  As a result he would set up an R/a.  Those first couple of years I wouldn't say it fell under the Role Affirmation category, so the letters stood for Reconnection Appointment.  This was quite literally a long spanking.  Nothing more.  It would put a band-aid on the situation for about 7 or 8 days and then it was required again.

Looking back through experienced eyes the need for this R/a really was for Role Affirmation, with the exception being there was no real role on one side of the slash.  This is not a knock on my husband, D/s takes so much time to take root with many Dominants.  It has to grow, often through uncomfortable conversations. We were a perfect example of that.  There may have been a great deal of submission (no I was far from perfect but I had discovered this new part of me and was running with it with reckless abandon - AT FIRST), but the dominance to maintain or rather affirm my submission was really only felt during these physical resets.  To be fair, if you are living a Dd life and the submissive doesn't break the rules, there isn't much physical going on.  Therefore, not much visual dominance for the novice Dom is required.

As time progressed we evolved as a D/s couple, which really meant we realized that Barney needed to cultivate my submission.  For us this meant creating situations where I was to be overtly submissive beyond the set it and forget it of rules and expectations.  These situations grew my ability to feel unguarded and embrace my submission in positive and real light.  Basically he became more visually dominant and I believed my submission was important to him.  Resets changed from being reactionary on his part to proactive.  They also became more severe in nature, yet easier to take because my mindset wasn't as far gone.  Of course my mindset was different because this reset business was different and new as was his mindset toward cultivating. 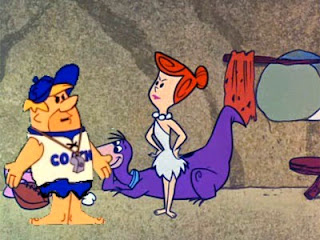 When things are new and fresh, at least for me, it is like a reset without a finger being laid upon me.  He captures my mind and my heart follows.

When our dynamic doesn't feel like it is in the forefront for me, though it is always there in some form, I tend to distance.  Where once curt responses lay, silence and indifference can be found.  Though curt responses can and do appear when the topic of distancing is brought up.  Where we currently are in our dynamic, this is a red flag we have gone too long without D/s in a way that touches my submissive core.  There may be pockets of overt situations, but the continuity feels like it is lacking.  Basically bringing out my submission and then having no where to put it.

During these times Barney often says he has not " Set the Table"  for a reset to really work.  I say he's coming at an armoured truck with a Nerf bat.  This is of course referring to the physical reset.  Some times they still do work under these circumstances, especially if he is taking for himself rather than setting out to change my mindset exclusively.  More often than not now the reset has to begin before a beating takes place.  Usually some sort of endurance exercise, where I must submit to something over a long period of time, breaks down my defenses and I am in a better mindset to process the physical in a way that is beneficial to our dynamic.

But resets on a personal level do not even have to be physical anymore.  If Barney starts demanding things from me that he hasn't or hasn't for a while, my mind clicks over into a freer submissive mindset.  These ways probably work better in the short term because there is less 'risk' involved emotionally for me.  They capture my mind and allow me to feel my submission grow as opposed to it being dragged out of me.  Does this mean I no longer require physical resets?  Absolutely not. There is still some odd sort of process that happens through them that touches a part of me I never knew existed.  It does however mean that now in order for light to be shone in that area, he has to 'set the table' before hand.

I mentioned this as " resets on a personal level"  because for Barney it can be completely different.  We have discovered that the reset button here often looks very different for both of us.  Obviously this can cause a bit of conflict emotionally.  Questions arise in our minds, "If he is resetting me how is that dominant?"  "If he is only taking how can 'she' feel submissive." ?  There are areas despite hours of conversation that we have a difficult time understanding because we are situated on different sides of that famous slash.  He cannot fully grasp why him taking makes me feel submissive some days, and invisible others.  Truth be told nor can I beyond having to do with the connection feeling.  I cannot understand why some days he feels that if he resets me he is being submissive to me, rather than  cultivating our dynamic.

So all of this to say, I sometimes believe our resets have become far more complicated in nature as our dynamic has gone on.  Yet, I also know I can reset very quickly if given the right situation.  Such a paradox really.