I Refuse to Say It ! AThrow Back Thursday Post

Let's try this again and see what sort of frustration I can cause...lol

I Refuse To Say It..even if he is right ! 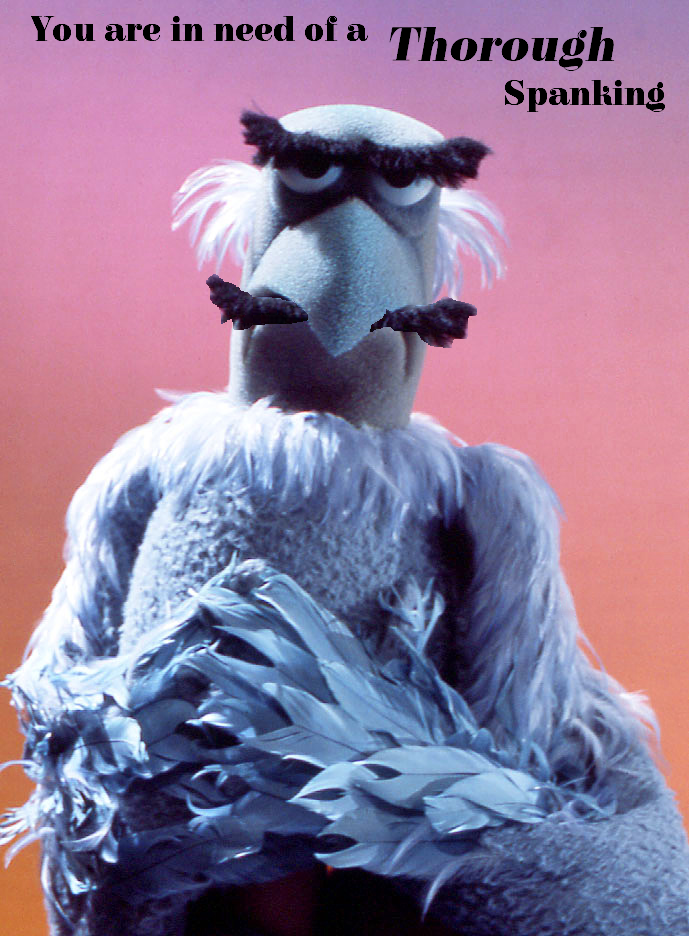 Shoot me.  Just shoot me now!  If 11 months ago you would have told me I would have agreed with this ^  HoH Dude, and his annoying adjective before the word spanking
I would have 'pffft' you!

Now, this is not to say that I haven't had thorough spankings before.  I've had countless ones.  One where I actually 'hit' subspace.  Although more than anything I think that had to do with Barney talking to me throughout it, so I couldn't drift away.  Funny how most of us need some sort of conversation to keep our mind off of the task at hand or on it- depending.  RIGHT,back to the thorough spanking thing.........

So now that our Summer of Suckiness seems to be in the rear view mirror and the RV put away, Dd/ttwd has resurfaced in the  house.  Only the house is now the house of mini spankings.  More frequently discussed, and more love taps and looks- but the spankings themselves-mini.  Stingy and mini- short.  Before the incident summer our spanking house was a mansion.

It had a huge floor plan that took forever to maneuver.  We never knew exactly which corridor we would end up down.  We never knew which door we'd eventually exit.  But nine times out of ten, I had been 'thoroughly' spanked.  And eventually, not always right after I felt a bit better.  NOT perfect-(aside from that subspace spanking- wow jelly like for days!)  But the anxiety was gone, the heaviness...the worry.  I wasn't spanked into submission, but with all those feelings removed the 'real' me was free to emerge.
Now however our Spanking Mansion is more like a place Polly Pocket could crush. 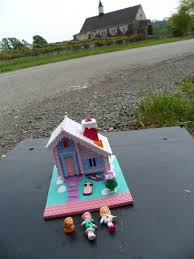 You open the doors, take a quick glance and then off you go again.
So THIS is what you have chosen to whine about now Willie?  Is their no end to what you can whine about?  ~ Fair point...and NO...LOL
I was trying to explain to someone how to explain to our husbands why mini spankings without the Thorough one thrown in can be almost worse than none at all.  This was my first analogy.  Feel free to moan away at my analogy love...
Have you ever been on the Maid of the Mist?  I suppose mostly only North Americans can answer that.  It is a tour boat that takes people to the 'base' of Niagara Falls. 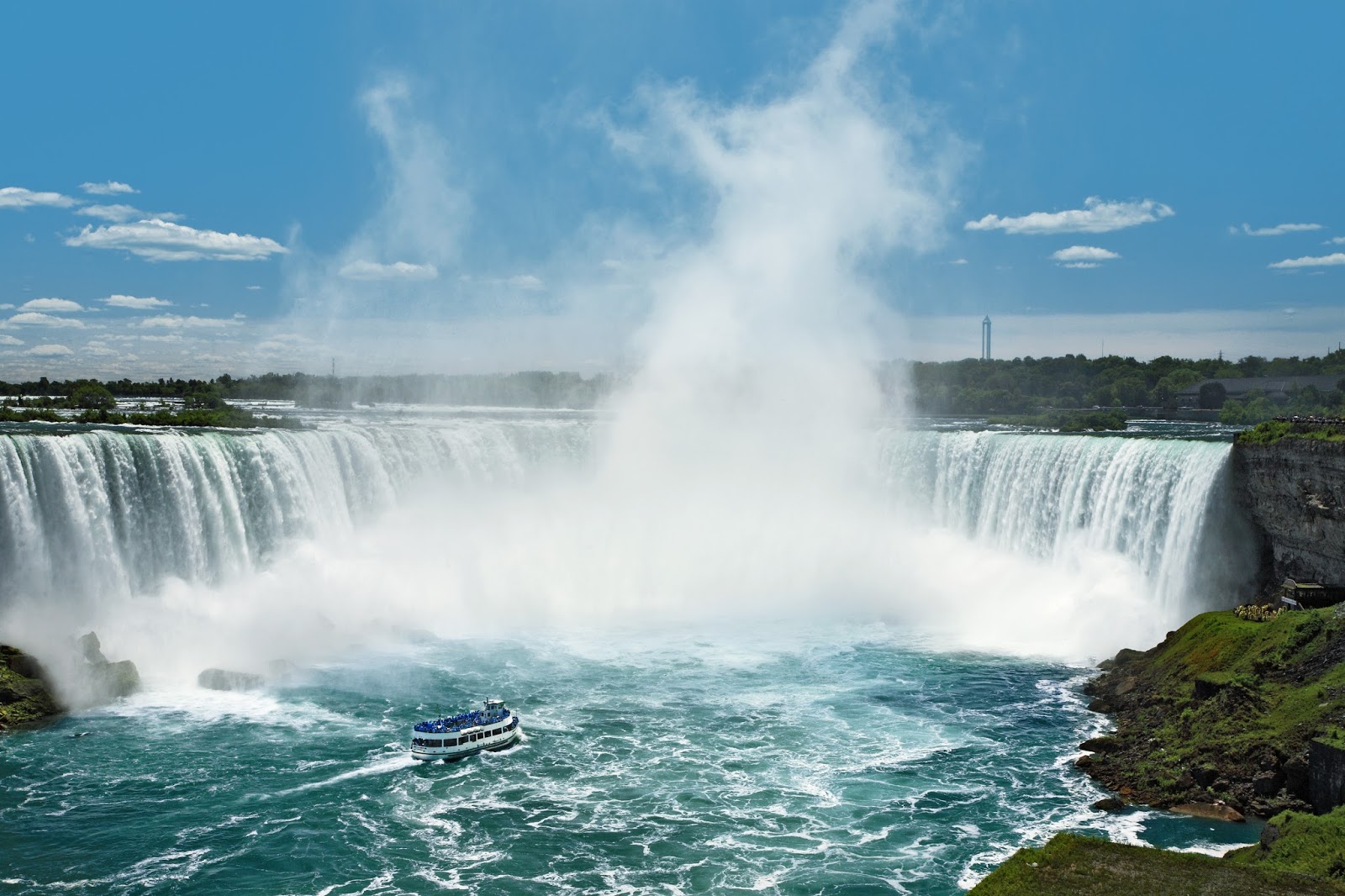 Any tour boat will do for this analogy, but I am choosing this one.  Okay, so when you are about to get on the Maid of the Mist they give you these 'lovely' raincoats. (Raincoats, pfft, they are made out of the same plastic that you bag your apples in at the grocery store) 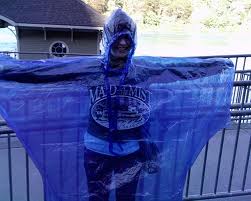 (this is not me...if it is you or someone you know I apologize)
Anyway these raincoats are a pain.  They stick to your exposed skin.  They don't breathe.  They blow around.  Generally until you get to the base of the falls they are an annoyance!  But they tell you this is what you need, so instead of waiting until you get on the boat, you put them on right away! You are eager after all.  Annoyed but you know soon it will be worth it.
You get over his lap on the tour boat and away you go.  Unfortunately you can feel you are moving towards the Falls where you will see and experience something spectacular, but at the moment there are way too many other blue raincoats in your way.  You now sense the Falls getting closer, and there is a break in the wall of plastic blue, picture taking, railing hogs so you catch a glimpse.  Oh yes this is why we put up with these stupid raincoats, there is going to be a mist that covers everything.  It will be refreshing and the view looks like it is going to be clear....Waiiiiiiiiiiiiiiiiit, the crowd moves back, the boat doesn't turn so you get your chance it stops and backs up !  WHAT. THE.  Grrrr... 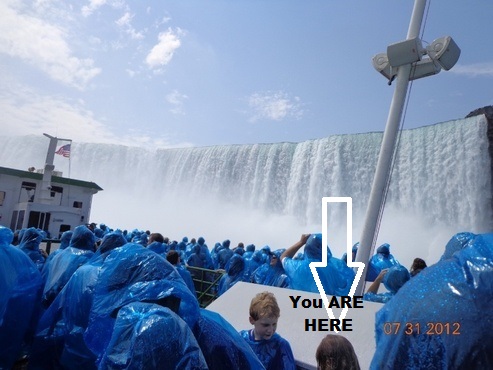 It would have almost been better to not have had a glimpse of the falls.  Now you are annoyed by more than just the discomfort of the stupid plastic, sweaty raincoats.  What a waste of time!  Sure you rationalize, it was a day out with the person you love.  You got to experience a bit of refreshing spray, and a tiny glimpse of the view you thought you were going to see....but mostly you are irritated.
Your partner is confused.  He had a different jacket so didn't wear the raincoat.  He is a different height than you so in his travel's today, his need was fulfilled.  To him mission accomplished and can't for the life of himself figure out why you are not as content with this little trip as you should be.
Okay....so do the same thing next week and the week after and the week after that too.  What ends up happening is,  that little bit of annoyance that the view can't be seen becomes stronger and stronger.  We know that it isn't intentional and we try our darndest to hope that this time will be different.
Maybe a better way would be for a man to understand it is like this... your wife brings you night after night to the brink of complete ecstasy and then walks away, thinking you were all good. BUT there was nothing you could do to help yourself get to that point after she leaves. 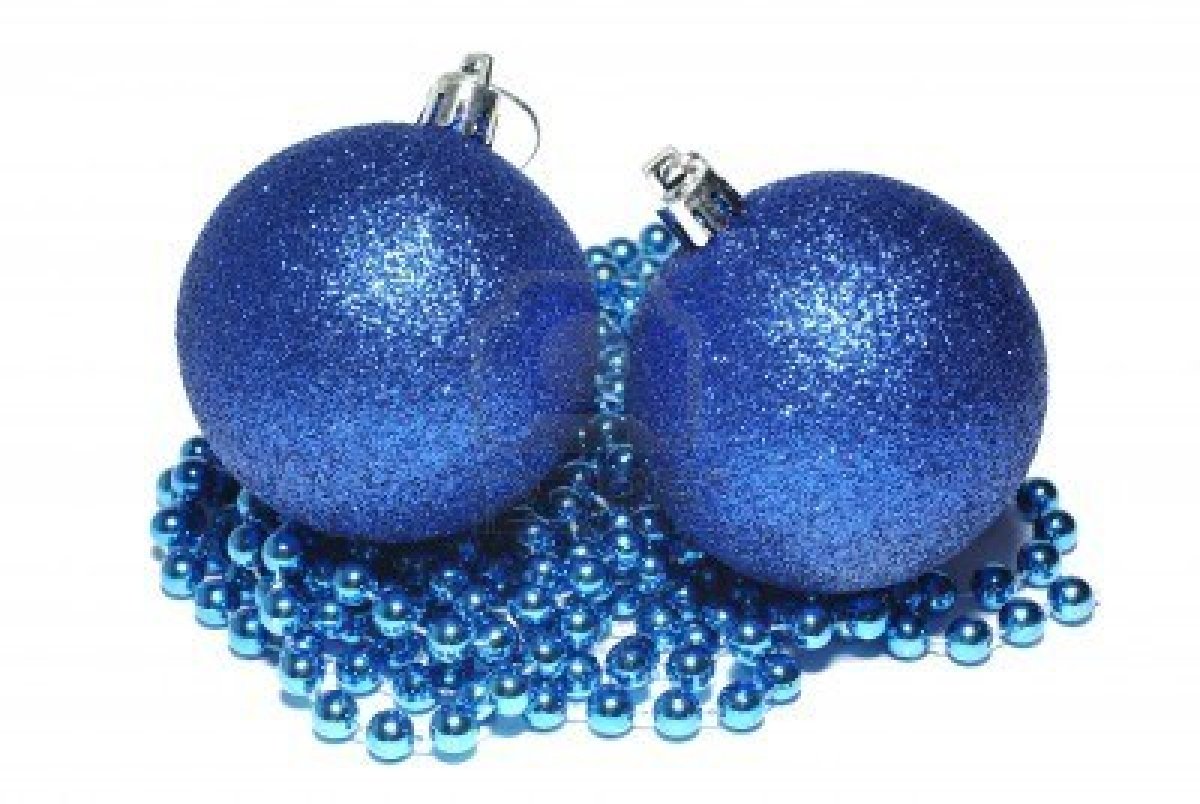 Imagine your frustration? Once or twice you can handle, (maybe) but after a while it begins to grade on you.  You aren't angry with HER per say,just the situation. ( okay but just to be clear I am referring to a mental release from spankings, not the other kind...but I thought maybe some men might relate better this way).
Sometimes this happens from stopping too soon.  Sometimes this happens from it being too stingy, or too quick, or to hard right from the start. 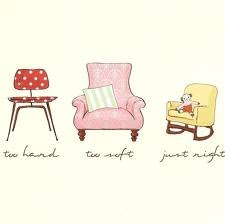 Sometimes there is no rhyme or reason.  But almost always the end result is the same.....a frustrated wife, who may or may not have benefited from the 'experience' in a small way, but not the way everyone had hoped.   I think sometimes this is why we see women OTK more than one time in one day.
This is what my summer has been like.  I know WHY our house of spanking is no longer a sprawling mansion at the moment.  Spankings have been mostly silent, which means stingy, because the kids are here more often and Barney is so fearful of injuring me.  More so than he was when we first started ttwd.  We will work through it, but part of me is saying...WHAT about what this is doing to my heartset? 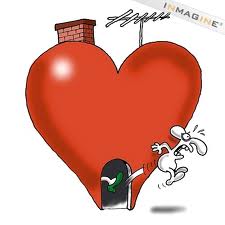 Before the summer Barney would look into my face and ask me if I was 'done'.  If I felt better.  Never once did I not tell the truth ( yeah, yeah goodie for you willie).  I hope he soon returns to that method, because it didn't take long before he started to judge on his own.  The issue with that was, when the accident happened it was me who said I wasn't done...so he continued- against his better judgement. I
think he doesn't trust my judgement anymore...LOL. Okay so I didn't marry a dummy -my judgement is almost always impaired.
My point to all of this?  GAH, I am in need of a THOROUGH banana,(can't say spanking with that word in front of it). That ridiculous sentence is reserved for the HOH down the line!
*********
Update:  After I wrote this post I shared it with Barney.  He cleared the air that he is not hesitant about spanking me because of injury.  So that is definitely one hurdle jumped.  He then  proceeded to THOROUGLY spank the living day lights out of me!  LOL.  During the 'process' we talked about it.  He asked questions like he did at the start of our ttwd relationship.  I would tell him if an implement was working or not.  Yes, I had a degree of control over this spanking.  As this was a 'reset' and not a punishment Barney was okay with the process.
Barney said, while spanking I might add, " At the beginning when you used to tell me if things weren't working it used to bother me.  Then I thought, 'but if it isn't working for her, what is the point?'.  So I swallowed my pride and began to listen.  You need to tell me if things aren't working for you.  If you are left in a bad place, and how you think we can avoid that."
Anyway, multiple wood implements later, with leather thrown in in between, to allow a 'thaw' to occur, as wood numbs me-  a couple of switching directions, switching arms, a leg cramp for Barney,  and a brief pause as a child walked through the house we were done.  There wasn't a huge lecture or a great deal of talking on his part this time.  I had come very close to 'subspace' again.  I felt 'the white' creeping in, but he stopped.  I am fine with that.
I crawled up onto his chest and sobbed.  This is the first time EVER I have cried after a spanking.  It wasn't the pain, it was the release.  Thoughts that have been weighing heavily on my mind lately, came flooding into my brain, and the sobs escaped my lips.  Unfortunately, being the control monster that I am, I stopped my sobs after a minute or two- ( baby steps for everyone I suppose).
Barney: " That is good.  Let it all out.  I want you to feel comfortable crying in front of me.  I want you to share with me-everything......................  It is okay to cry Wilma".
The next day, I was OTK again.  Not for misdeeds, but because while we had a break through, it was merely the tip of the iceburg.  It has been a long journey away from each other, and it is going to take a while for the walls to totally crumble.  Did I sob again? No.  Was I expecting too?  No not really.  I have come to accept that no two spankings are the same, and you can do everything 'text book' for yourself and still have a different result.  We did a great deal of talking between spankings.  I mentioned what seems to work, what I thought would help when.  I also said I was afraid this meant I was controlling the spanking .   He assured me, that we were having a constructive discussion, and he will still VERY much be in control of when, where, what position, what implements, how long.....He reiterated that we need to talk if things aren't working and that he no longer finds me challenging him when we do so.  In fact, he realizes now that I hadn't in the past, but  his insecurities at the time  perceived it as a criticism.  He then shook his head and commented about having ever to punish me.
" I mean, I was exhausted after spanking you for a reset. I suppose the emotions surrounding a punishment would be different.  I hope so, because MAN! "
My response?
" Pfft, as IF you would EVER have to (*cough* again *cough*)"
There you have it .....
Huh?  who would have thought?
Communication!
at 8:02 AM