Accepting Myself Because of TTWD

It's interesting what prompts one's mind to write something.  I was trying to explain to someone the other day, that I can't sit down and make up a post.  It either comes to me or it doesn't.  Sometimes it begins and then vanishes as the day goes on.  I'd make a horrible author, that's all I know.

So what was my muse today? Something that has been in my head for a while, I just haven't given it oxygen to grow- my submission and what this thing we do really does for me or means to me more accurately.  I've given bits and pieces of my thoughts over several blogs in the last couple of months.  Some interesting discussions have happened, and some out and out shutdowns occurred too.  LOL. I feel I may have already written about this a couple of years ago however.

For years I have read about and participated in many areas concerning ttwd and accountability.  What I am about to say no means is a criticism of anyone's mindset or needs/desires. Accountability as a whole picture was never a good fit for me where Dd /D/s was concerned. 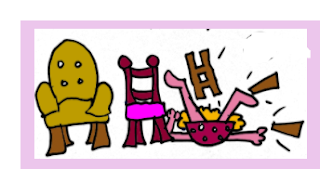 Sure, that was the initial foray into ttwd for us, but it didn't quite gel.  No doubt we had to go through that type dynamic in order to settle to where we are (or should be *wink*) now.  I'm not going to bore you with history and who I am or was like back then.  I will say that basically being punished was never about a clean slate for me, or even feeling remorseful because of it.  It was never a deterrent, and that isn't a slag on Barney's punishments.  Though, looking back I know it certainly appeared that way.

Somewhere along the way, ttwd became about acceptance.  The acceptance of me and my need.  Punishments were there for various reasons, so B could let it go being one of them.  Of course at the start of all of this, he didn't feel that way.  At the start the reluctant punishment was something he 'just had to do'.  For me punishments were an exclamation point to his convictions .Odd thing to say right after I said he did them because he had to isn't it? That's how confusing it all was back then for me.  I felt like he did it because he had to, yet I ALSO felt that it was his way of showing me that he meant it.  Of course I probably read too much into that at the time- which no doubt contributed to a LOT of misunderstandings, which led to hurt feelings and frustrations for all.

For years now, punishments have meant something different.  Now they mean that B will not accept anything other than my submissive self.  They still aren't a deterrent, mostly because I tend to break rules when I am emotional not because I forget or don't care.  Well truthfully at the time I don't care- because I'm emotional. LOL.   By him choosing to punish me for broken rules, which can range from disrespect to not asking for something, he is actually telling me that he sees I am not who he wants me to be.  This is not a Stepford Wife type thing, it is actually about accepting my authentic self.  If he accepts me as a submissive, he won't accept me as NOT one.  This in turn makes it easier for me to accept myself.

So why not just live that way if it is my 'authentic self' ?  Good question.  For a long. long time, I did.  I actually probably 'over submitted' in many ways, and I did so with less consistency than Barney has shown since.  Somewhere along the line something changed, and I will write about that soon, ( I hope, I still haven't written about the darn yo yo so don't hold your breath LOL). Suffice to say, moving slightly to the right of my authentic self is a protection method that doesn't work out well.  It causes confusion for B and further hurt and loneliness for me. Loneliness because I miss myself and my willingness to connect on a deeper level.

In case you didn't already know, there is no real 'arrival' in Ttwd. 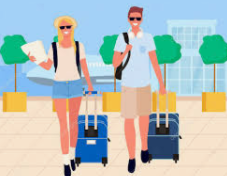 It does fluctuate.  Life throws curve balls, illness, pandemics, job loss, momentary loss of sanity, menopause, MAN-o-pause.   Perhaps one person grows, and the other lags behind? Whatever the reason, it can cause a different type of disfunction or hurt, or coping mechanisms.  Perhaps we tell ourselves things we believe we need to to get by- and eventually if left unchecked we can find ourselves a little further away then we'd like to be from our little Struggling Utopia that we were constructing.

B obviously has his own reasons for wanting a D/s lifestyle, and they have changed considerably since we started this back in 2012. Maybe some day I can convince him to share what he has discovered or what he 'gets' from ttwd now, beyond fulfilling a need for his wife. Basically,  back then he tried this because I asked him to. I didn't even realize it was a need.  I explained that apparently it brought a closer connection to those who did it, and that is what I wanted most of all.

We had a difficult time on the onset creating rules ( and yes I said we- that changed to HIM toward the end of the first 6 months) because he couldn't think of anything he wanted to change. I know right? What a perfect wifey I must have been.  And in truth in many ways I was better on the surface than I am now.  I did my thing, made sure he was taken care of and  I RARELY swore (oh man has that changed.  Nothing like a good F bomb when one is 'inspired').  It was difficult to find where we could incorporate Dd rules into our dynamic, until he discovered DISTANCING.  Oh boy, yeah that was a challenge for me- also because he was so used to me distancing, that it was difficult for him to spot.  Anyway, rules weren't a big portion of our dynamic, but resets were.  It was through these that I discovered I could let down my guard and surrender to him.  In a way they supersized my submission, which often caused more issues- I kid you not.  BUT the discovery was made and from that things began to grow.   Unfortunately so did the emotional risk, apparently for both of us. That however is for another post.